How to Make a Soft Sled Kite 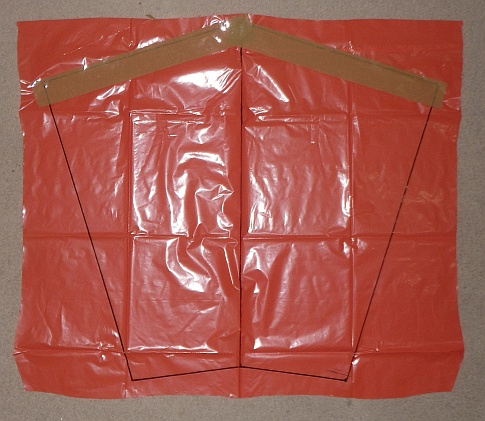 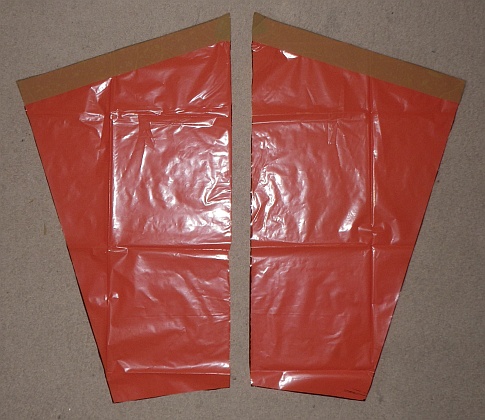 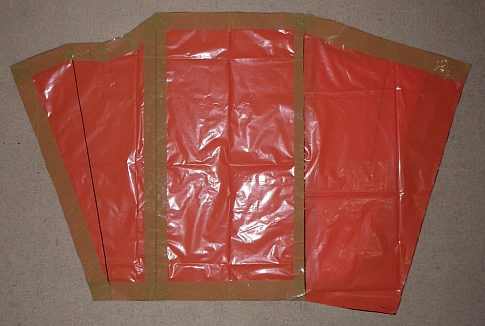 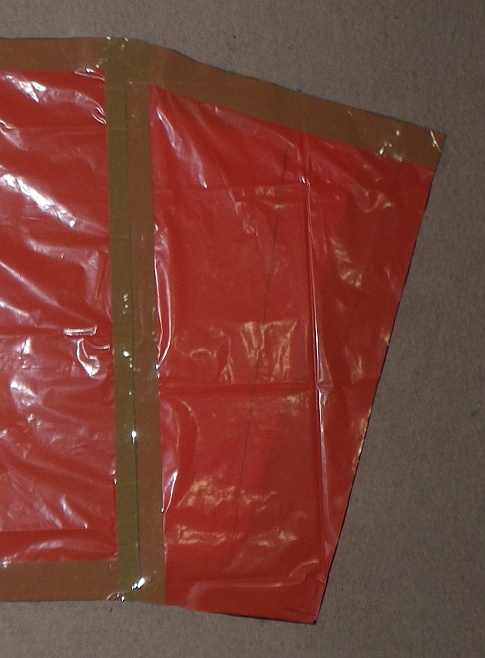 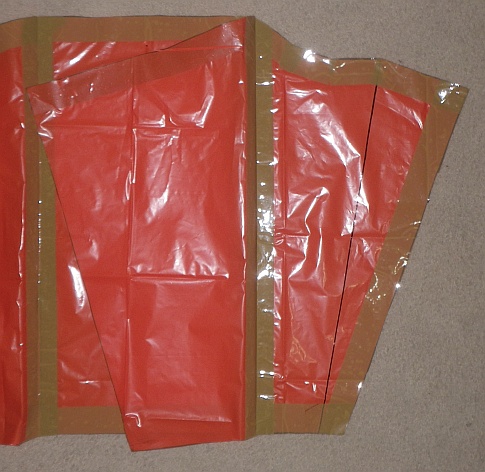 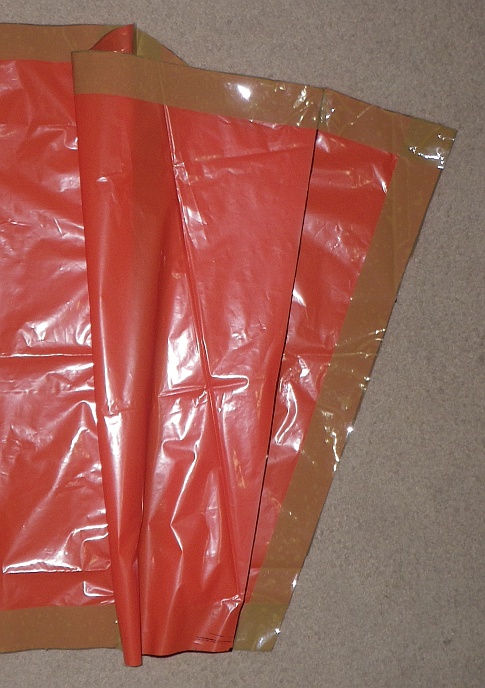 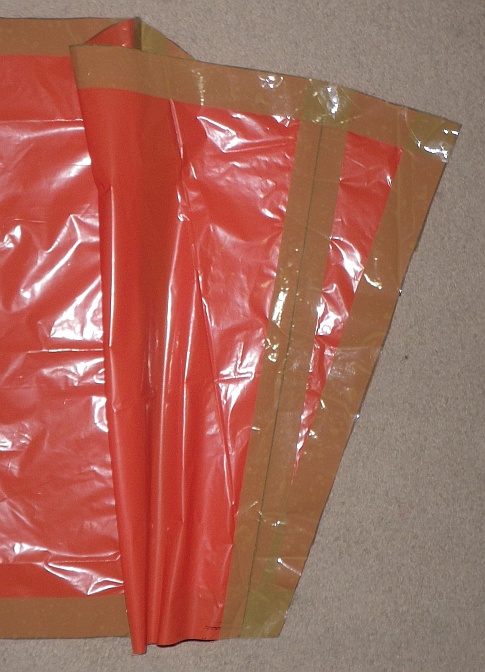 Now you will reinforce the inside of cell's larger opening.

This is hard to explain in words, so look very carefully at the closeup photo above. Your task is to pull off about a hand width of packing tape and stick it down along the inside of the edge you taped in the previous step. Trim with scissors if necessary.

The photo's too good isn't it; it shows every bubble, crease, and inaccuracy! See if you can do better.

How to Make a Soft Sled Kite
The Bridle 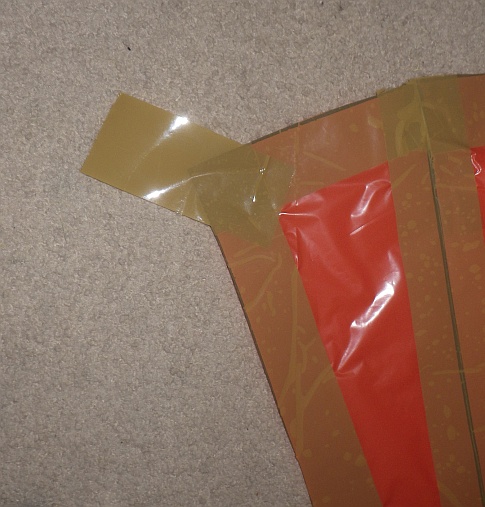 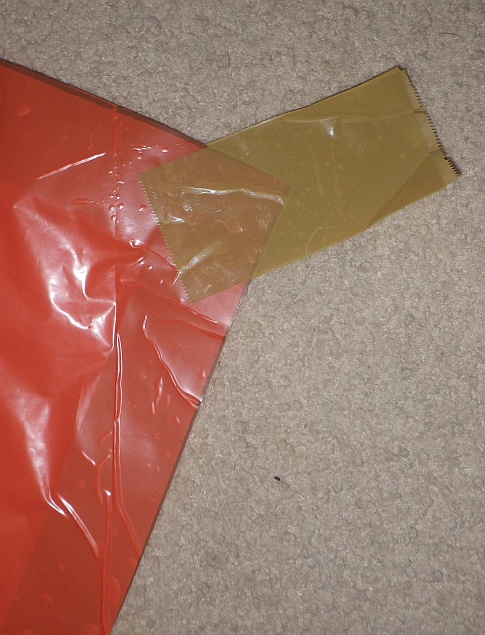 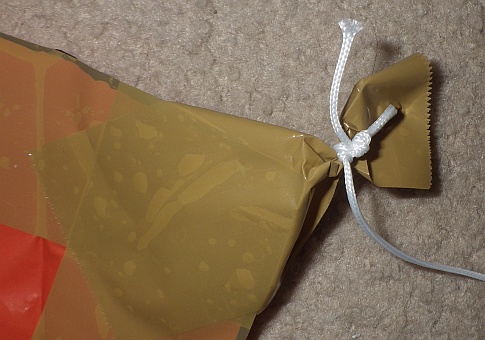 ( * A very reliable method I prefer is to secure the bridle line to the tape with a Double Wrap Slip knot.) 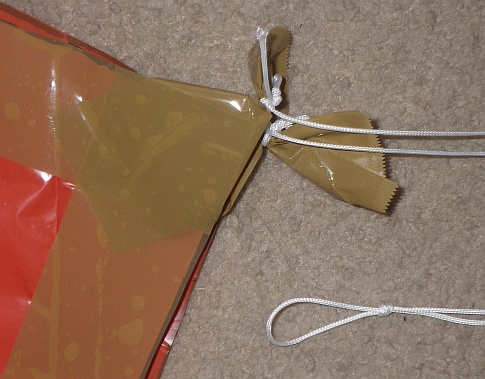 Fold and Roll Up 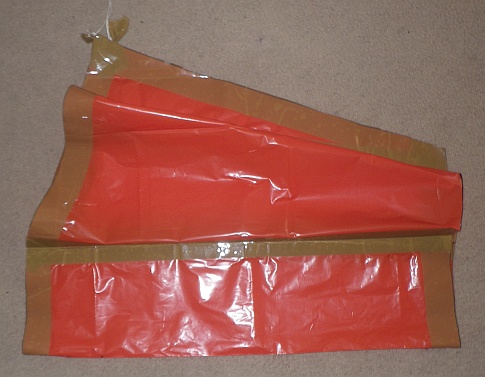 Fold in half, along the centerline

Roll up and wind bridle around

The kite is all ready to take or stow somewhere! 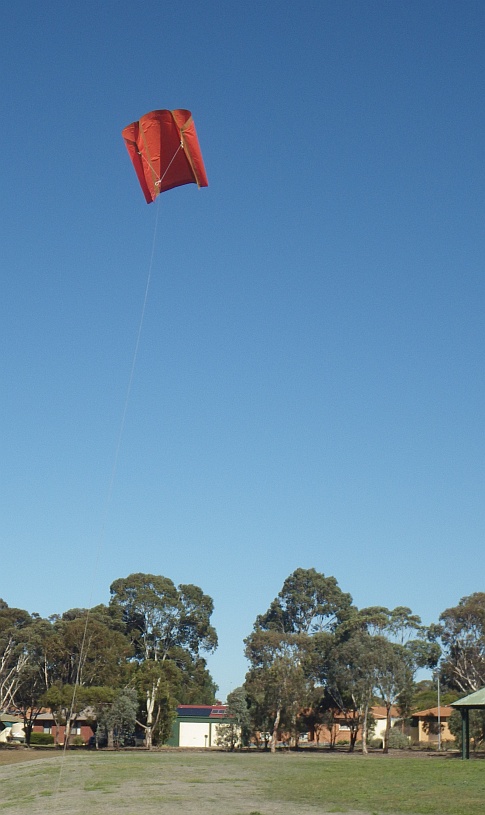 After unrolling the kite at a flying field, your flying line can be tied to the bridle loop. That's it, you're ready to fly.

Remember that the inflatable cells need to be on the outside of the kite when flying. You can see them in that photo up there.

Tails are optional with this design. If you want to, tie a simple streamer through a hole near each lower corner of the sail. The packing tape border will prevent any further damage to the kite.

It doesn't take much breeze to keep the MBK Soft Sled design aloft. In some ways, it's actually more fun to fly single-line kites in light wind. By watching, you can learn a lot about what's happening up there.

In the video below, taken at a beach, a bit of tail has been added to one side just to help keep the kite straight. With a shiftable knot in the bridle, shifting the knot by a few millimeters in the right direction would have the same effect.