How to Make an Octopus Kite

These tails start out as tapered ribbons cut from a long sheet of plastic. Painters' drop sheet plastic is readily available from hardware stores.

Two tails can be started by measuring, marking, and cutting a long thin rectangle of plastic in half along its length. Use some plastic of the same type as you have used for the lower surface of the kite.

A plastic rectangle cut to the size required for two tails 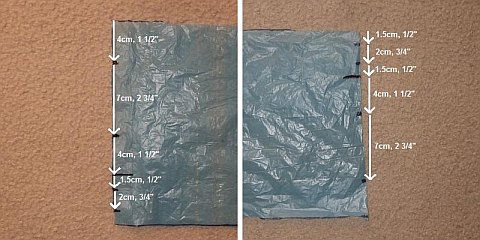 Left and right ends measured up

Take one piece of tail plastic and smooth out the wider end on the floor. 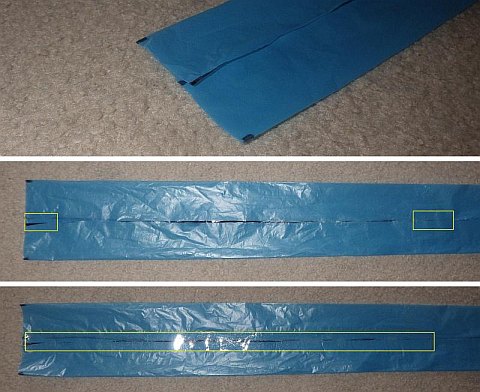 A section of tail tube folded and taped

Tail taped all the way to thin end

Do the other tail tube the same way. There they both are in the photo, folded into S-bends.

It's an octopus, so there are six tails to go!

The process is exactly the same, so no instructions are needed here. However, I do recommend that you use as light a grade of plastic as possible for these outer tails. I used the lightest available painters' drop sheet plastic which appears almost clear when unfolded to a single thickness.

Very light plastic is harder to work with, but it will result in a more stable, more efficient octopus kite. Also, near sunset, all that writhing clear plastic tubing will light up and look amazing! 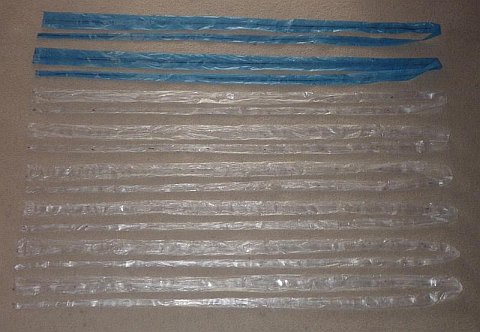 After flight testing, it was discovered that considerably more tail length was needed! Hence, each tail will now be extended by sticking on a plastic cylinder. So, both ends will be as wide as the wide end of the tails you have already done. 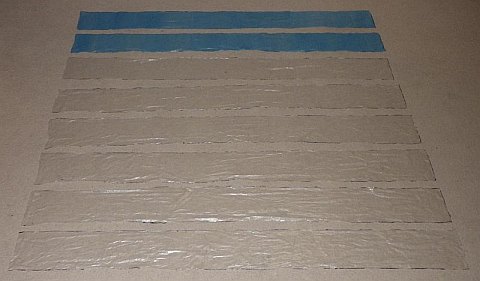 
Now to form the cylinders, using the same method as you used for the tapered tails already done.

The plastic taped into cylinders

Joining a cylinder (left) to a tapered tail (right), although over this distance you can't see any taper. 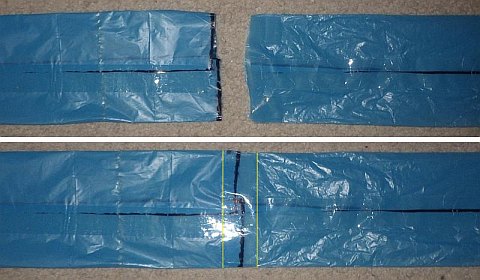 Did you do the eyes? To make your octopus look even more "like a bought one," why not take your black permanent marker pen and draw in some suckers.

How to draw suckers onto a tentacle

Note: Do you think a real octopus would have perfectly circular suckers? Of course not, so don't fret if your hand drawn ones aren't mathematically circular. It'll still look great in the air! 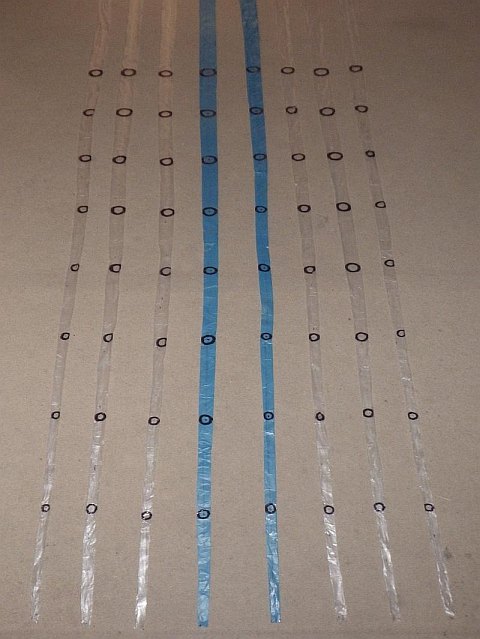 If you have drawn suckers, ensure that they are all facing the same direction as the eyes. You don't want them facing random directions, or the sky :-) 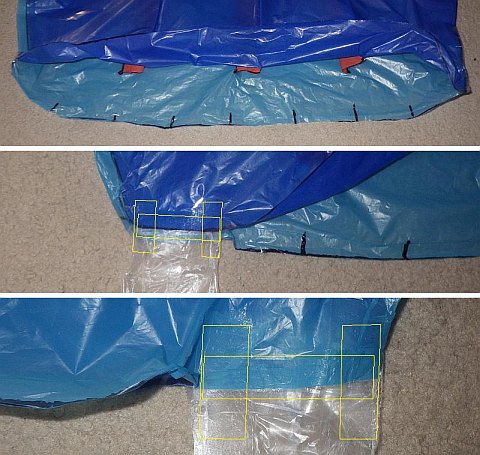 A tubular tail inserted and taped


Done that first one? Now add all the other tubular tails, taking care to make the darker heavier ones number four and number five, counting in from one side. Also, take care to keep each tail between the marks. A little bit of space or a little bit of creased plastic doesn't matter at all. 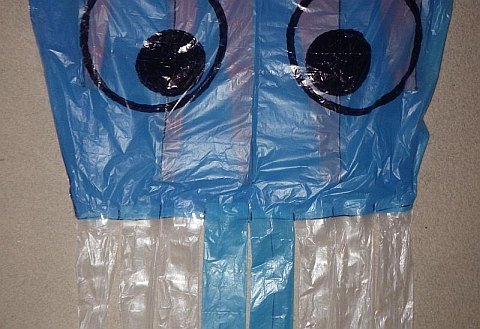 All tubular tails taped into the octopus head

In flight, the upper and lower portions of the trailing edge separate and the flat tails become circular tubes due to air pressure.