How to Make an Octopus Kite 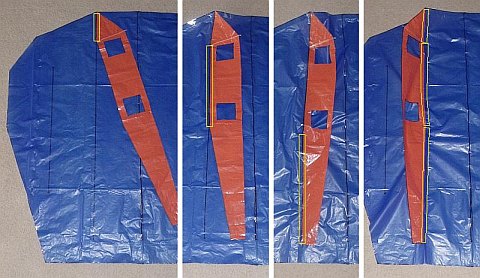 So far, you've taped in the leftmost middle rib, on both sides of the join. In exactly the same way, tape in the remaining two middle ribs. There they are, side by side in the photo, attached to the central three guide lines on the upper surface. 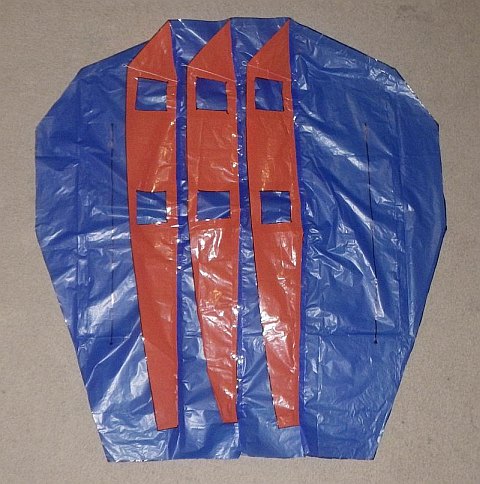 All three middle ribs attached to the upper-surface plastic

Attaching Both Side Ribs

You know the drill by now, so no more yellow rectangles! 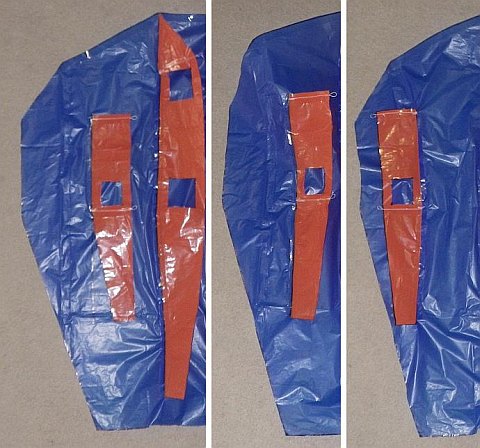 A side rib taped to upper surface plastic

Finally, repeat the taping process with the remaining side rib, onto the only remaining guide line on the upper-surface plastic. 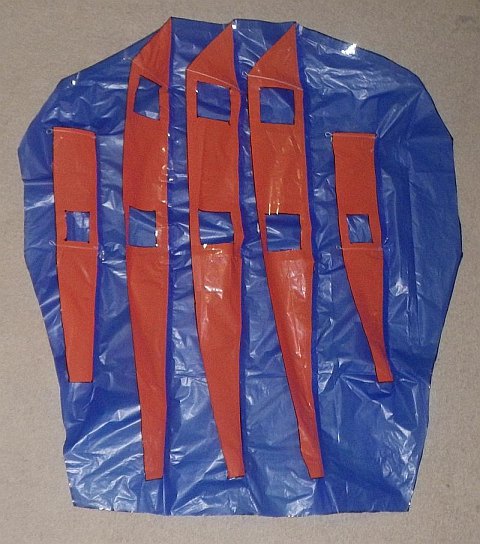 All ribs attached to the upper-surface plastic

The ribs on either side of the one already done will now be taped, as indicated by the yellow rectangles: 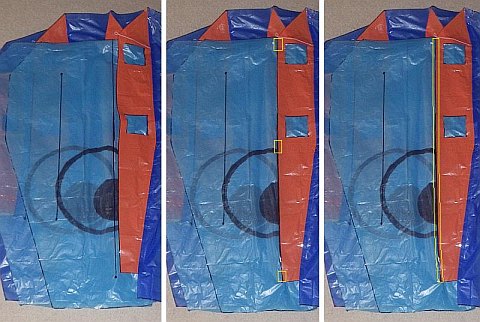 Another middle rib taped to the lower-surface plastic

There's no flipping the join this time! The tape is on one side only.

Now go to the left side of the kite and do these steps all over again, for the remaining middle rib. See the photo below, where the lower-surface plastic has been stretched out to the left and right. 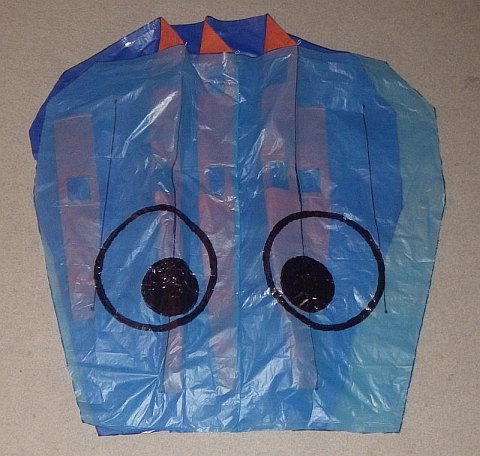 All three middle ribs taped in

Attaching Lower Surface to Side Ribs

Here's how to tape a side rib, as indicated by the yellow rectangles. 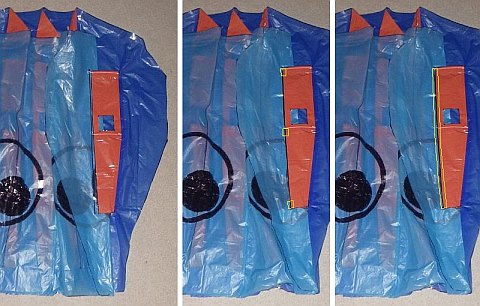 Side rib taped in

Now go to the left side of the kite and do these steps all over again, for the remaining side rib. See the photo below, where once again the lower-surface plastic has been stretched out, showing the tiny attachment loops poking through. 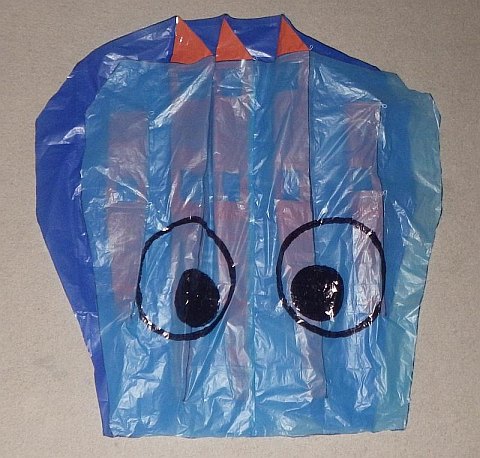 All five ribs taped in, with bridle attachment loops visible

This is achieved by taping the edges of the two plastic sheets together. This starts at the corners of the air intake of the octopus head. Tacking plastic in place using short lengths of sticky tape is useful as in previous steps. Yellow rectangles make the placement of tape clear: 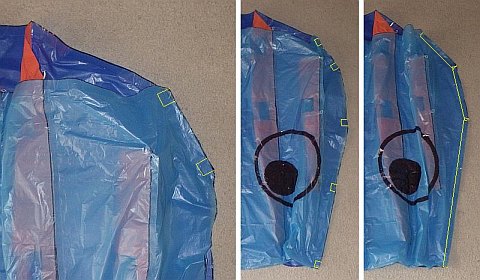 Edges of upper and lower surface plastic taped together

Below, you can see a perspective of the entire head, taped down both sides. 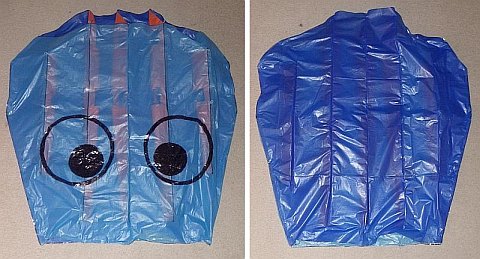 Completed octopus head, front and back

Well, it's very nearly completed. Reinforcing the corners of the air intake is actually the final step for the head.

Three short pieces of tape are used at each corner of the air intake. These prevent separation of the plastic sheet due to fine dust getting under tape or the stresses of flying and occasional rough handling. Yellow lines indicate tape edges: 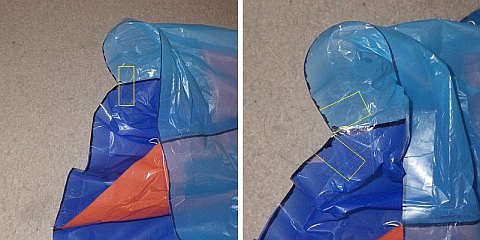 One corner of air intake taped

Short pieces of tape—about four times longer than wide—are also used at each point where the middle ribs meet the edges of the upper and lower surfaces. This is for much the same reasons as before—dust and mechanical stress! Yellow lines indicate tape edges:

Where to wrap tape around a middle rib

The other two middle ribs are done similarly, with six pieces of tape each.