How to Make a Parasail Kite 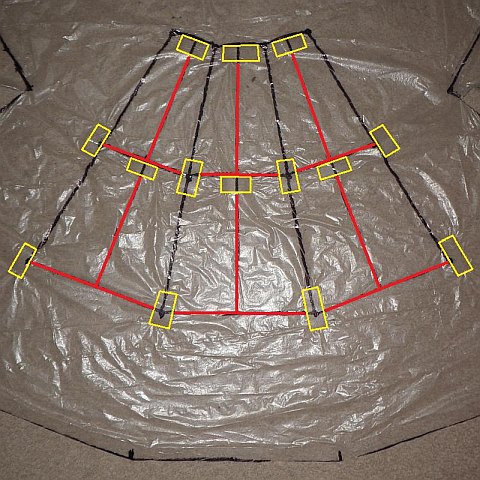 These are done just like the side vents, except that some of the measurements are a little different: 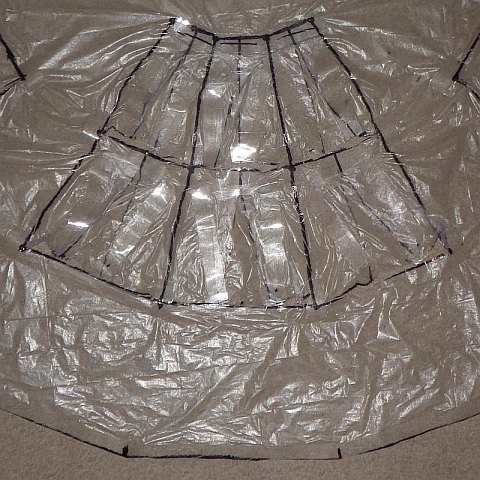 The central hole is a feature of the full-size parachute and provides a little extra stability. On the kite, the triangular shape is a bit of a visual feature too! 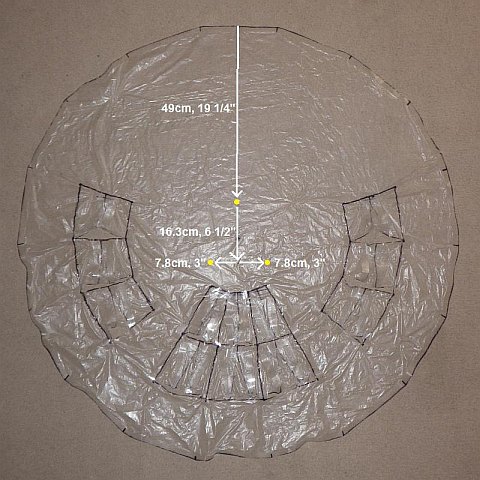 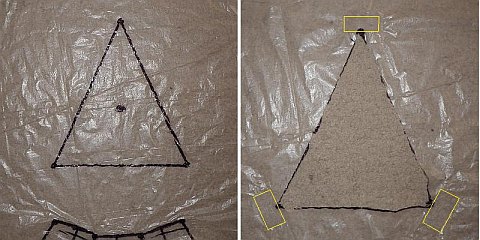 How to Make a Parasail Kite
The Bridle and Patch 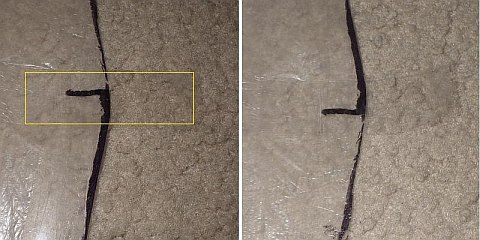 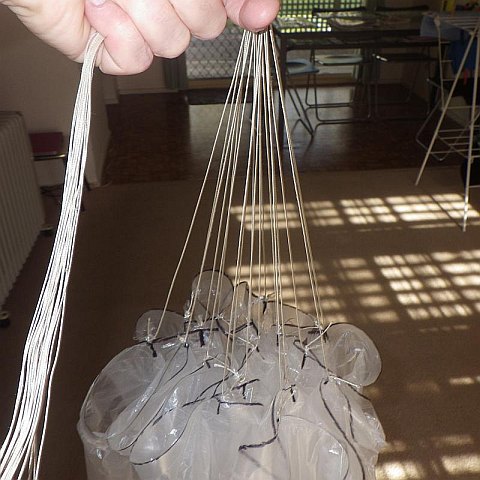 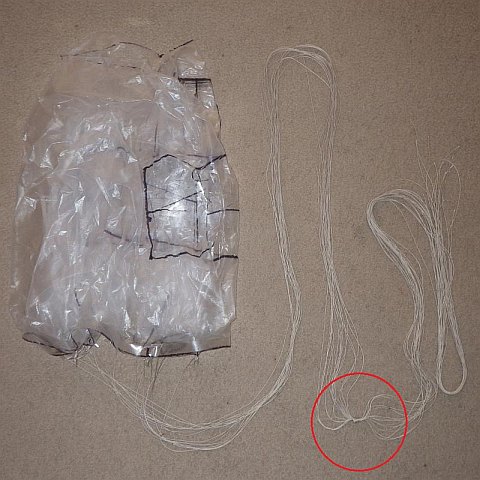 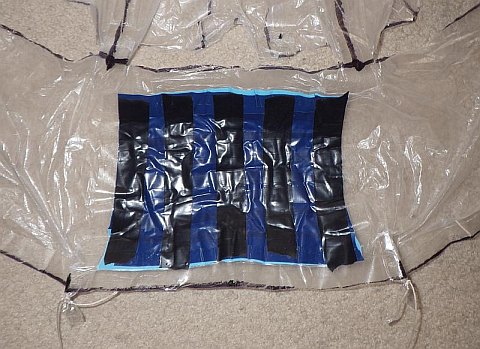 Heavy plastic patch stuck on and weighted some more

Pack and Roll Up 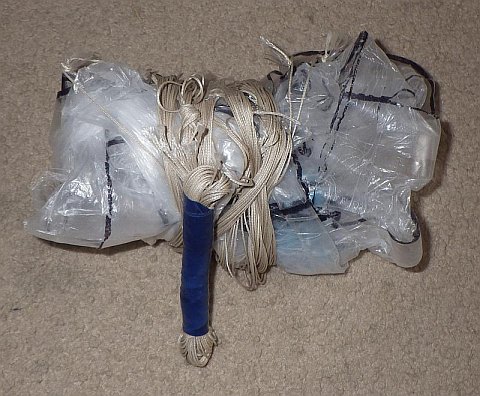 All rolled up and ready to stow 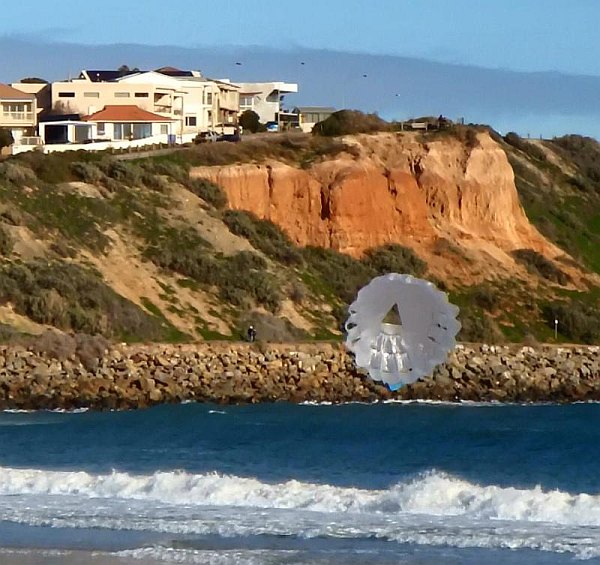 After unrolling the kite at a flying field, your flying line can be tied behind the big bridle knot. That's it, you're ready to fly.

Avoid flying in very windy weather. Add more weight, bit by bit, to the weight patch if the kite wanders a long way to the left and right. The photo shows an earlier approach of mine, where the patch was between two bridle lines, rather than on the sail itself.

Tails are optional. If you want to, tie simple rectangular streamers from the lowest four bridle attachment points. That is, near the bottom of the sail as seen in flight.

I hope you enjoyed learning how to make my MBK Parasail design!