How to Make a Parafoil Kite 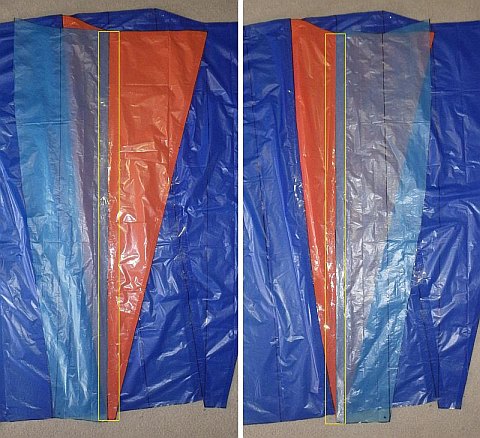 A lower surface panel taped to the central keel

Note that the divider is part of the plastic panel already attached to the central keel: 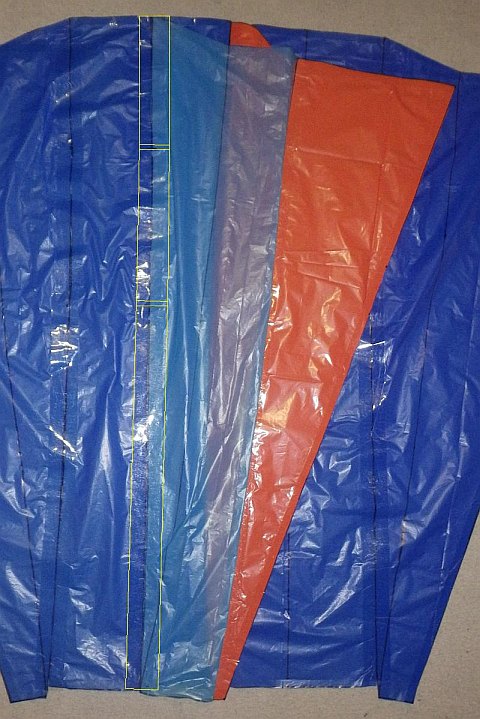 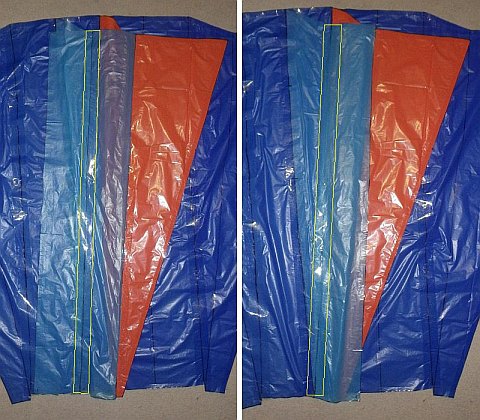 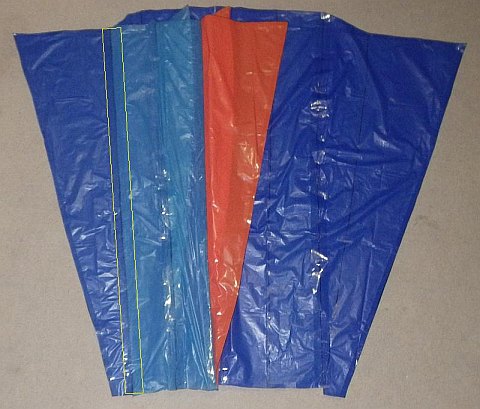 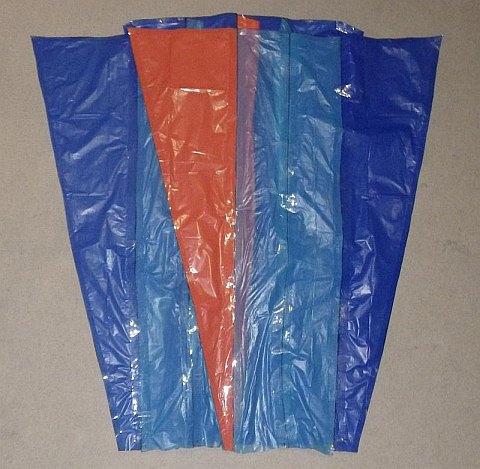 Lay the kite down with the lower-surface plastic against the floor.

View the kite from the front while lifting the upper-surface plastic away from the floor a little.

Notice how there are eight T-shapes in the air intake, including where the side keels meet the lower-surface plastic. See below for a closeup of one such T-shape: 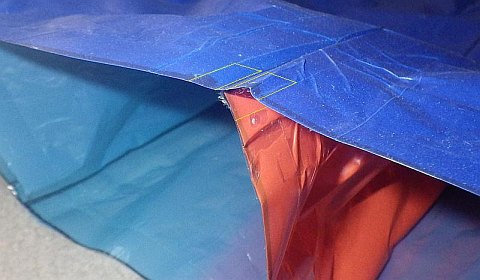 Where to tape air intake 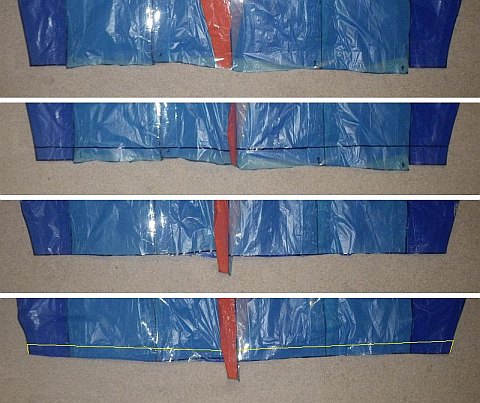 Trimming and closing the rear end of the kite

The pictures show the tail end of the central keel: 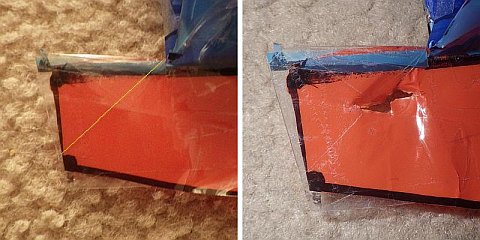 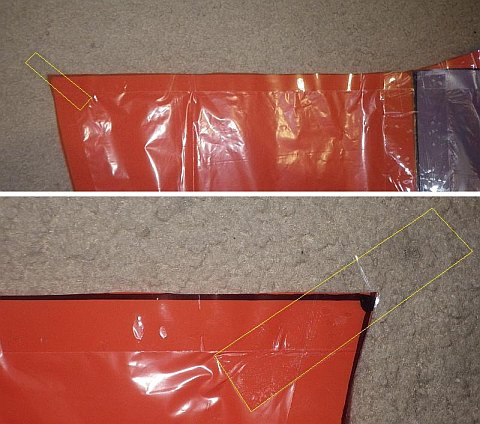 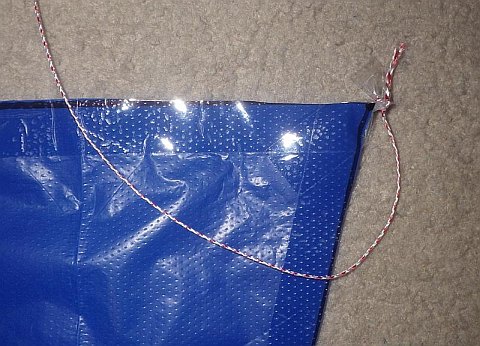 The Bridle So Far

The bridle loop and central bridle line attached to the sail 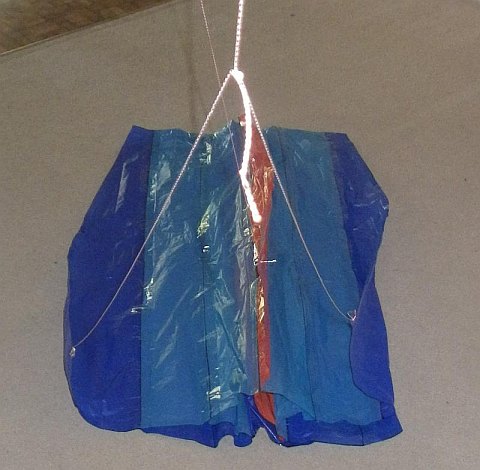