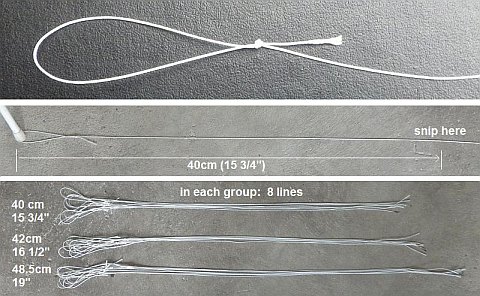 Hint: If you mark the first piece of line in each group with black marker, right at the untied end, it will be easier to use it as a template for cutting all the other pieces to the same length. Black next to white is easy to see!

Steps to attach a bridle line 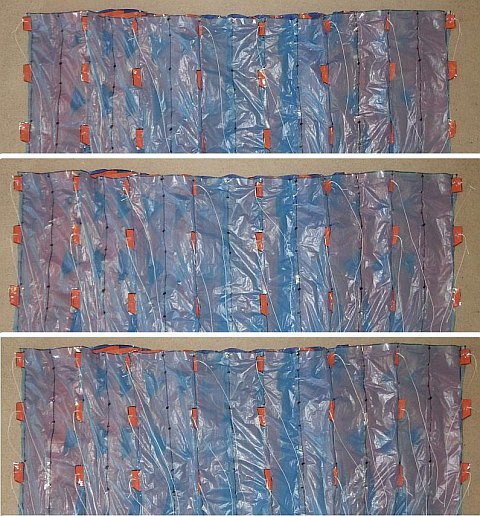 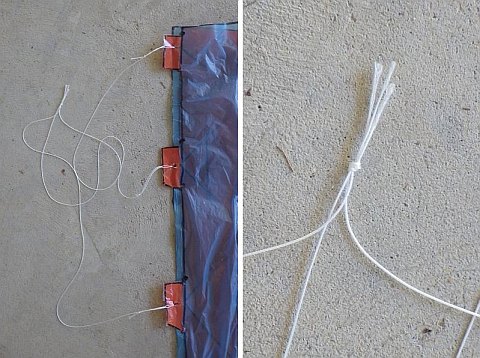 See the photo below, where all eight groups of lines have been tied. The knots are a little hard to spot, but have been arranged near the top edge of the photo. 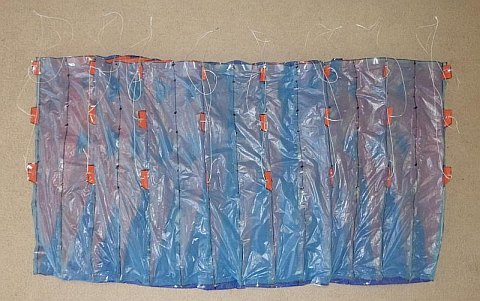 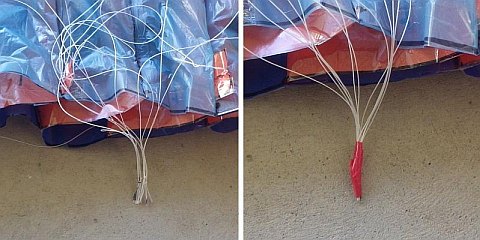 Taping the bridle line groups of half the canopy 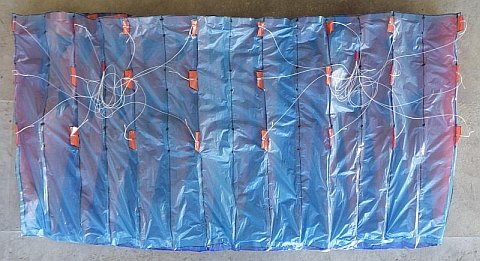 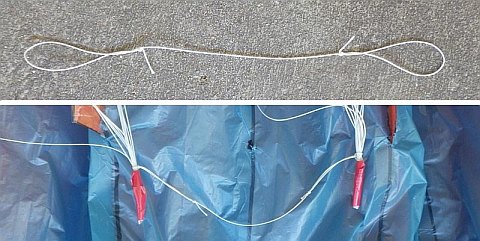 The two sides of the bridle connected

Note: Although this connecting line—and the next line also, below—are shown in 20-pound strength, it would really be a better idea to use 30 or 50-pound line instead. These lines will take the full tension of the kite in flight! 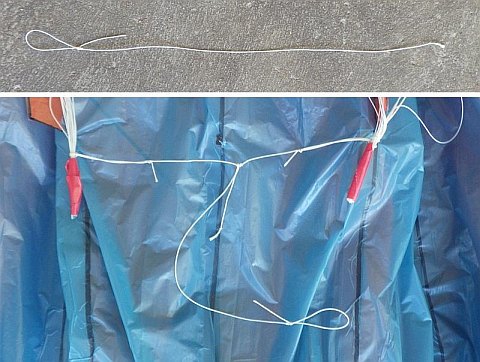 To add a touch of realism to this parachute kite, it will have two brake lines attached to the trailing edge. These can be used to trim out a turning tendency, if required. 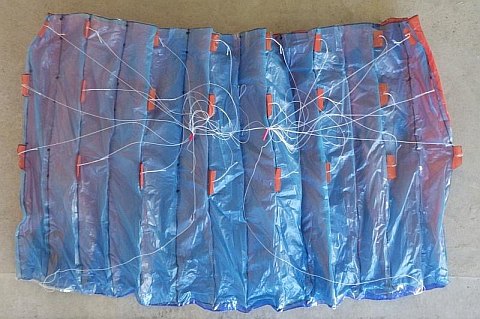 Note: Both brake lines should be left quite slack when the kite is suspended from its bridle. If the kite has a tendency to turn or lean in one direction during flight, you can tighten one line to make that side more "draggy" and hence cure the problem.

For yet another touch of realism, you can add a drogue 'chute. This is entirely optional! It's just for looks. On a full-size canopy, this is what drags the main 'chute out of its bag. 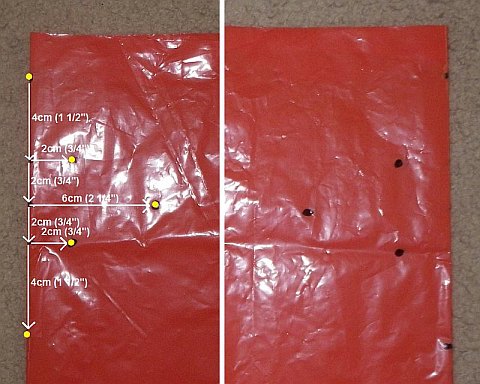 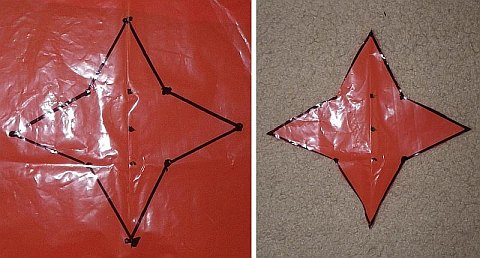 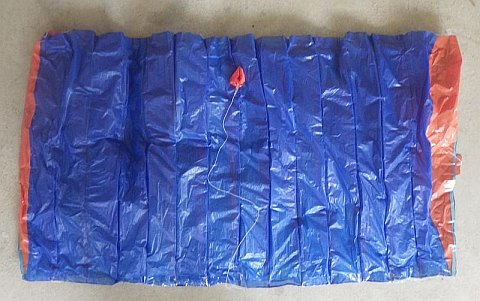 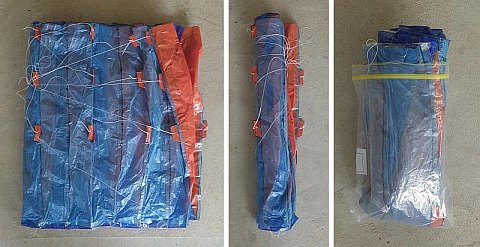 Remaining steps to pack away without tangles! 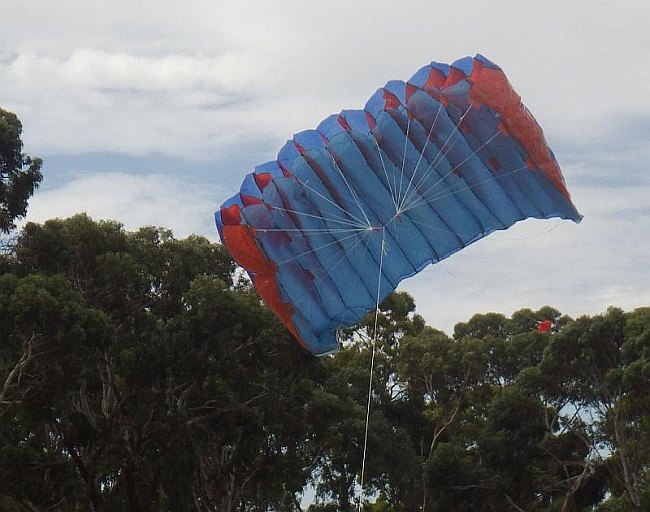 After unrolling the kite at a flying field, your flying line can be tied through the Loop knot of the bridle. That's it, you're ready to fly.

If the kite needs it, in fresh winds, adjust one of the brake lines to keep it flying straight. For example, if the kite seems to spend a lot of time leaning to the left, you need to tighten the brake line on the right—as seen from the flyer's perspective. Experiment until the kite behaves itself. The other brake line should have some slack in it, while the kite is flying.

I hope you enjoyed learning how to make my 14-cell Parachute kite design!