The lower surface plastic needs slits through which the ribs' bridle attachment points can be inserted. 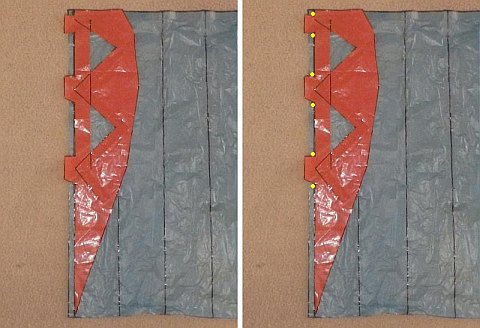 Where to mark dots for slits, on lower surface plastic

Note: The dots are slightly further apart than the length of the attachment points. This is OK and allows a little room for error. 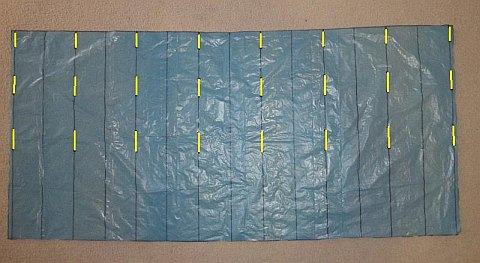 Where to cut slits in lower surface plastic 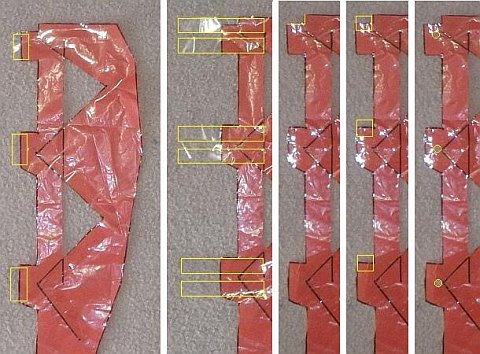 Bridle attachment points on a rib – taped, cut and poked!

You know what's coming next; yes, do all the above for every remaining bridled rib!

Bridled rib with no vents taped to upper surface plastic

You know the drill by now, so no more yellow rectangles!

Here's the picture: So far, you've done a bridled rib with no triangular vents on one wingtip of the upper surface plastic. Next to this tip rib, you have taped an alternate rib, which has triangular vent holes. 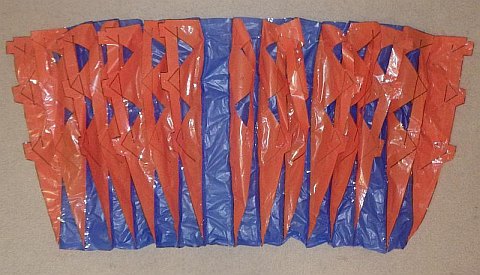 All ribs attached to the upper surface plastic

On the remaining vertical lines, in the following sequence, you now need to tape in ribs as shown in the photo above (from right to left), and as listed below:

As a double check, you should end up with an alternate rib down the middle, with seven alternating ribs on either side. A bridled rib with no vents is on each wingtip.

Note: To avoid a silly mistake, it would be a great idea to put the bridled rib with no vents to one side, until all other ribs are taped in!

Note: The taped edge of the lower surface plastic is on the left and facing the floor. 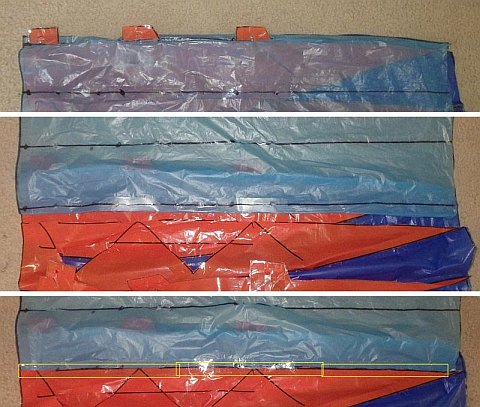 Here's a photo showing what you have accomplished — a cell! 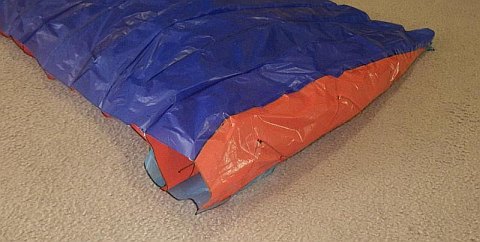 You have seen how to tape in a bridled rib, followed by an alternate rib. Now, it's time to repeat this over and over. Working your way across the wing, rib by rib, until you finally tape in the other (bridled) tip rib. 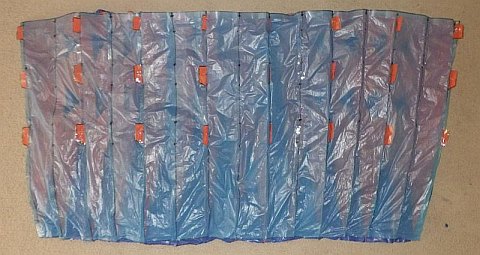 Lower surface of the completed canopy 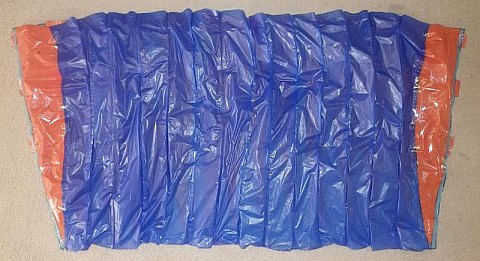 For this step, you will need to tear off short strips of sticky tape. About three times longer than they are wide. 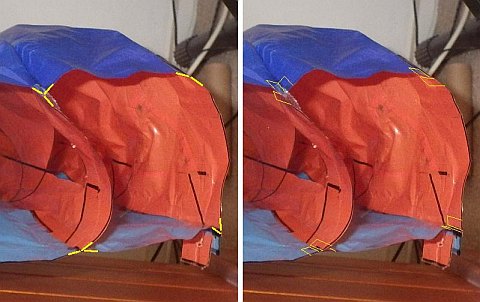 Note: This step is tedious, but quite important if you intend to get many hours of flying out of your kite!

Having done the reinforcements for one wingtip, you should now be able to complete the job.

Work your way across, taping all the other air inlets in the same way. Although you can't see the added tape in the photo below, it shows all the cell openings at the front of the canopy...

Cell openings of the canopy

Lay the canopy on the floor with the lower surface plastic facing up. Stretch out the trailing edge, laying all the ribs of half the wing over towards the tip. As in the photo below: 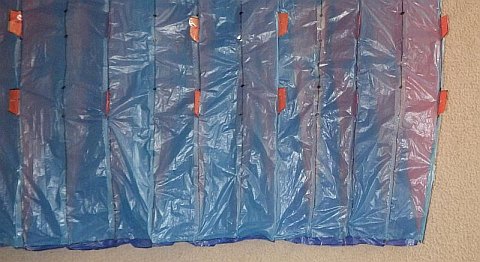 Canopy trailing edge ready for taping, from center to tip 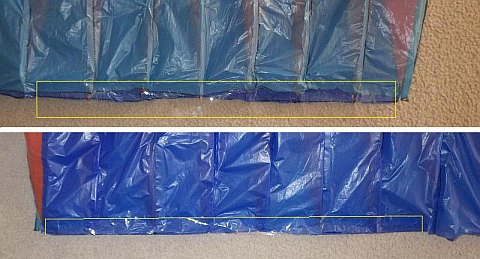 Where to tape the trailing edge

Note: Since the rib taping was done front-to-back, it's likely that the trailing edges of the upper surface and lower surface plastic sheets do not line up perfectly. Like mine up there. Don't fret! If you have done a reasonable job, the kite will fly fine.