How to Build a Delta Kite

How to Build a Delta Kite
Sail

The template shown above represents one side of the kite sail. You will now transfer these measurements to the sail plastic as follows: 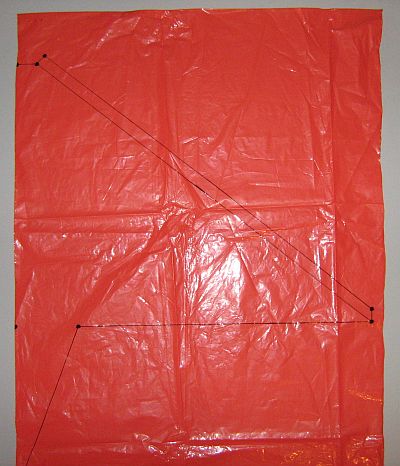 Note: I've made the dots much bigger than they need to be, just so they show up easily in the photo. By the way, there should be a dot on the centerline, right near the bottom—but the photo cuts it off. 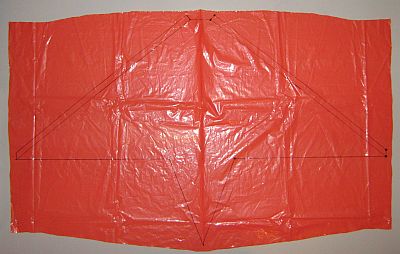 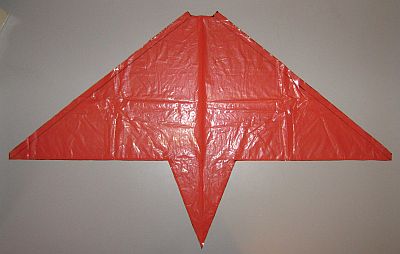 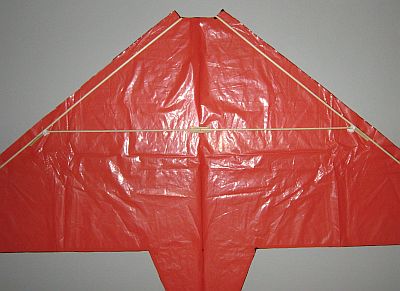 Is the glue on all the bamboo spars dry? If so:

Now wait for this to dry! 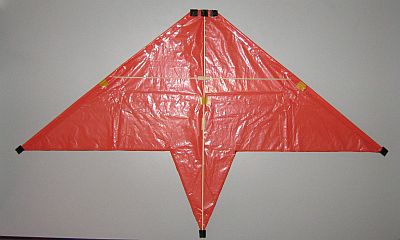 The black pieces of electrical tape mentioned below should all be roughly three times longer than they are wide. You can't see the full length in the photo since they are folded under.