How to Make a Delta Kite

How to Make a Delta Kite
Spars

TIP: Do your best to ensure the two leading-edge spars are about the same stiffness. You can weigh them or just flex them in your hands, to compare.

Now for the spreader, which holds the leading edges apart during flight: 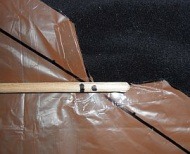 How to Make a Delta Kite
Attachment Ties

Each leading edge spar will have a shoelace tie which attaches it to one end of the spreader:

For the following, you will need to use pieces of electrical insulation tape. Unless otherwise noted, make each one about four times longer than it is wide: 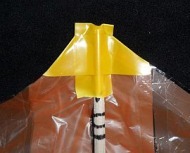 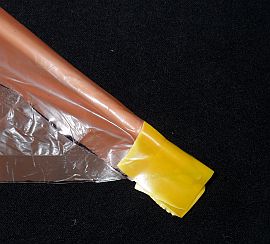