You Mean Big or Positively Giant?

Without delving into too much detail about specific large kites, here are a few notes about the very biggest such creations in the world. And if you do want a bit more info about specific kites, there's a link down near the end of the next section. 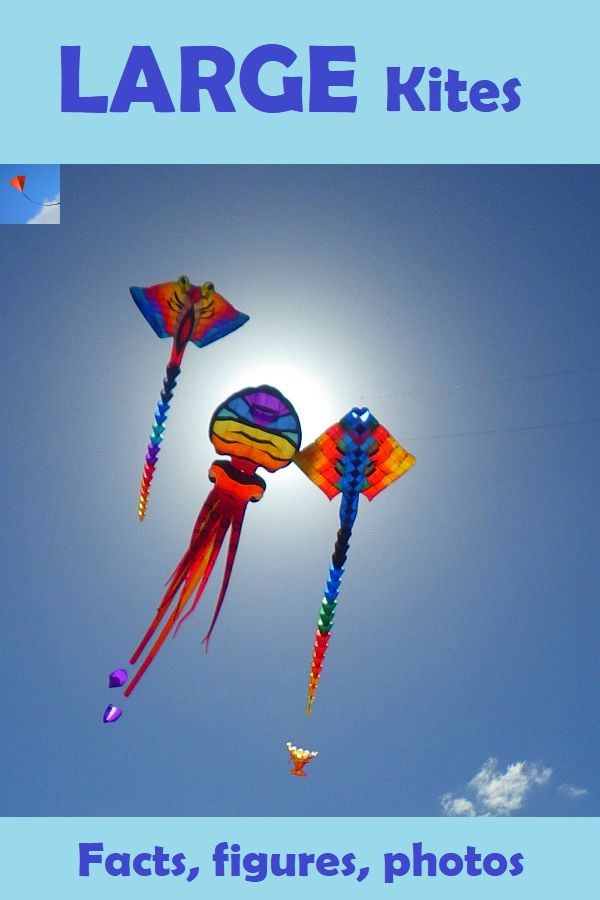 Big kite festivals almost always feature impressively-sized inflatable kites which are popular with the crowds. The most common theme seems to be sea creatures. This has a lot to do with the intriguingly realistic movement these kites exhibit as they gracefully distort and sway in the air. The impression is like swimming.

Although not a real creature, my favorite was an extremely detailed and long dragon inflatable which I saw at the Adelaide International Kite Festival in March 2009.

Several years later, at the same event, we saw a huge colorful ray inflatable floating over the sand. See the video at the bottom of this page.

The photo below is of the biggest kite my family has seen so far, a blue-whale inflatable! 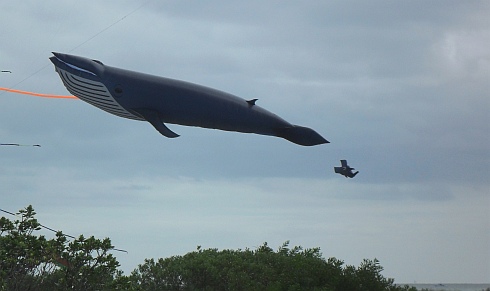 Several Asian cultures have been flying truly enormous kites for centuries. For example, in Japan, rectangular giant kites are flown on special occasions. Each kite has dozens of lines attached all over its face. A large team of men is required to hold the lines as the kite soars up in a fresh breeze. These are not light-wind kites!

Peter Lynn, the well-known kite designer, has created several huge "soft" kites that compare in size to an entire football field! These have been flown at various international kite festivals around the world. In contrast to the Japanese giants, these large kites require relatively light, smooth winds.

Check out these examples of giant kites from around the world, including those mentioned above. They are big in different ways—volume, length, or weight.

Size alone doesn't determine price. However, for a given kind of kite, this is true since the costs of materials goes up with increasing size. If the wingspan is doubled, the total sail area is four times greater. Complexity is another factor. Some of the single-line parafoils require huge numbers of stitches and have complex bridles. Hence, the labor costs push up the prices of these big kites.

Here are a few general categories regarding cost:

Here's a photo of one of those inflatables mentioned earlier. It's a Maxi Ray by Peter Lynn. The size isn't evident from the photo, so here are the figures—it spans 9.8 meters (32 feet) and is 29 meters (96 feet) long! 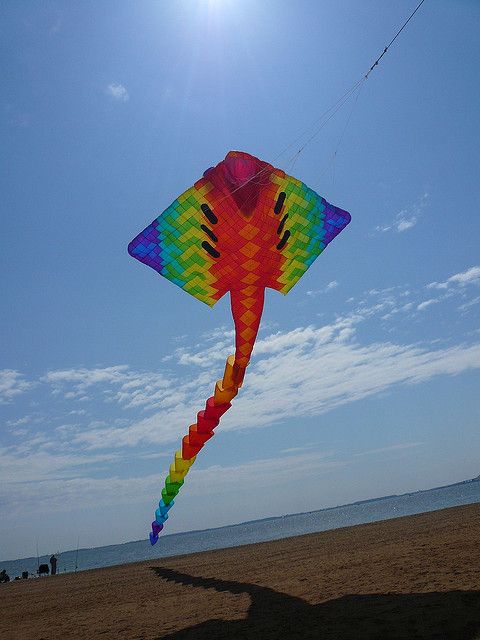 That list at the top also touches on four common types of large kites: