How to Make a Paper Diamond Kite 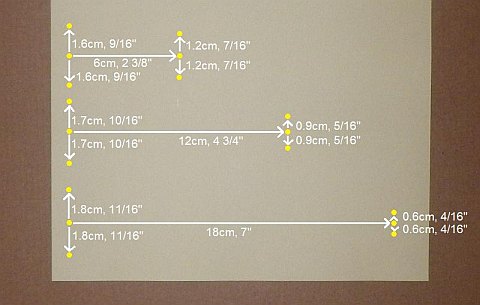 Note: Keep the dots within half the area of the paper. You can crease the paper in the middle, open out and then keep the dots on one side of the crease. 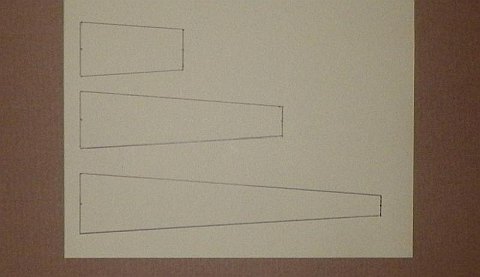 Note: If you have trouble tracing due to dark paper or insufficient light: With a needle, poke holes through the two sheets of paper, at the corners of the shapes. Be careful not to let them shift! Then, after tearing the paper in half, rule lines between the pinholes on the blank sheet.

Longest and mid-sized shapes stuck together

Tape laid and folded around both long edges of both spars, before ends trimmed

Measured and lines drawn, on one spar

Cutouts done on both spars

One edge taped, before trimming ends

Edge taped the rest of the way, before ends trimmed

Note: It's just too tricky to tape it all down in one go!

Note: The spar won't crease sharp because of all the sticky tape, but pinch firmly anyway.

Bear in mind that most of the steps below are more easily done on a tabletop, with the vertical spar up against one edge of the tabletop. That's to keep the bit you are working on flat! 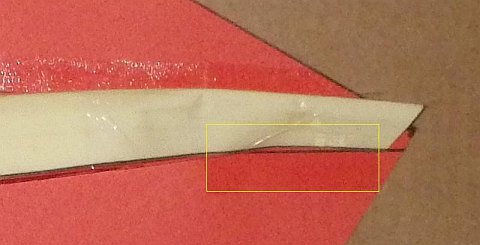 Both horizontal spars in place and shaped

Spars secured together with three pieces of tape