Greener Living is the Name of the Game

By guest writer, Donna, of the Kites Club website.

More and more of us are rethinking our life choices and habits, trying to become greener and more environmentally friendly. 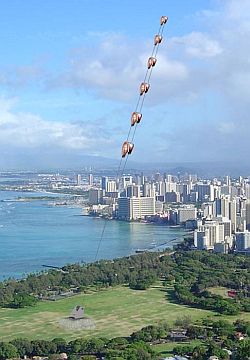 This is happening on a household level as well as a national and global level. One of the biggest challenges is finding alternative energy sources of the green kind. In other words, harnessing nature to our advantage without creating havoc while doing this.

Lately, big power kites are being used to harness the enormous amounts of energy hidden in the winds. At 30,000 feet the wind energy is 20 times more than it is at sea level.

At Delft University of Technology in The Netherlands, researchers are taking advantage of this energy from kites with the help of a laddermill.

The laddermill consists of a large number of kites which move in an upward and downward motion. These kites are really a combination of kites and airplanes. The kite can climb with relative ease but needs a force pulling its cable to descend.

Airplanes are the exact opposite, requiring a large engine to ascend. Descending is easier, since it pretty much just glides down. 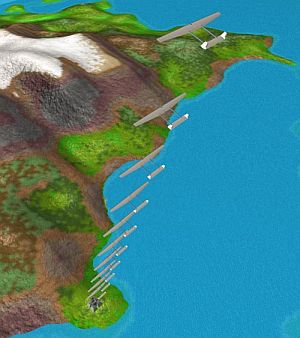 Laddermills could potentially go up to 30,000 feet, being able to generate approximately 100MW of energy.

This could potentially power about 100,000 homes, relatively inexpensively. All of this is still in the developmental stages, though energy from kites is now way past the stage of theory.