Looking out the window and at the latest weather readings online, it seemed a great time to head out with the new MBK Soft Sled kite. This one was actually the second build to take to the air, since the first one was a trial run to prove the concept. 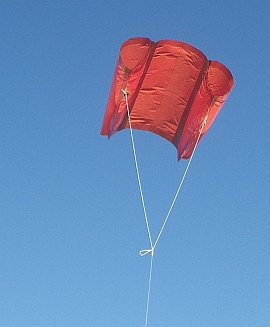 Sure enough, a couple of minor design changes were needed, including extra tape to improve the stiffness of the two cells in flight. Also, the second build was carefully photographed at every step, for the free instructions published on this website.

After I arrived at the field, skies were nearly completely blue and a healthy breeze was ruffling the tree tops. On pulling out the wind meter, I discovered it had jammed. Those normally reliable little cups just didn't want to spin today—a mechanical problem, as it turned out later.

At home, I gave the Windtronic meter a shake and the cups freed up! Let's hope they stay that way. The device has had the odd knock during its lifetime.

A soft sled kite is not quite as easy to launch as a delta, since it does takes a moment or two to get some air pressure into the big ends of the cells. But as soon as they popped out, up went the kite. Minor creasing was apparent for a while but with the kite higher and gulping more air, the cells soon firmed up and flight became more balanced.

With the kite on not much more than 10m (30ft.) of line, several photos were taken. That out of the way, the line was let out to 30m (100 ft.) for a while and then 60m (200 ft.). On this length, full zoom was required to get some decent video. What a pity about the lack of cloud! A cloudy backdrop shows up a kite's movement so well.

In the windy conditions the soft sled kite was often accelerating up and then slowly dropping back. There was not much side-to-side flying and no looping around at all—a credit to the original Pocket Kite which inspired this design of mine!

A small flock of lorikeets flew past at low level, together with some other small birds.

Although the kite was only 60 cm (24 in.) tall, it was pulling very firmly for its size. That would partly be due to the wind speed, but also because sleds of all kinds have a decent pull on them! Despite this, the 50-pound Dacron had a fair amount of sag. I think wind drag had a lot to do with that.

Bringing the kite down was straightforward, although the inflated plastic resisted with higher tension in the line as it was wound back onto the heavy wooden winder. As the soft sled passed down through 100 feet off the grass, I noticed it was at a fairly steep line angle. This often happens when you pull a kite in, since you are changing the direction of the "relative wind"—upward in this case, which made the kite fly steeper.

It must be said that the MBK Soft Sled has a great wind range for something of such modest size. With gusts around 30 kph it didn't even look uncomfortable. Perhaps it will stay stable right up to the high 30s or low 40s. Time will tell! 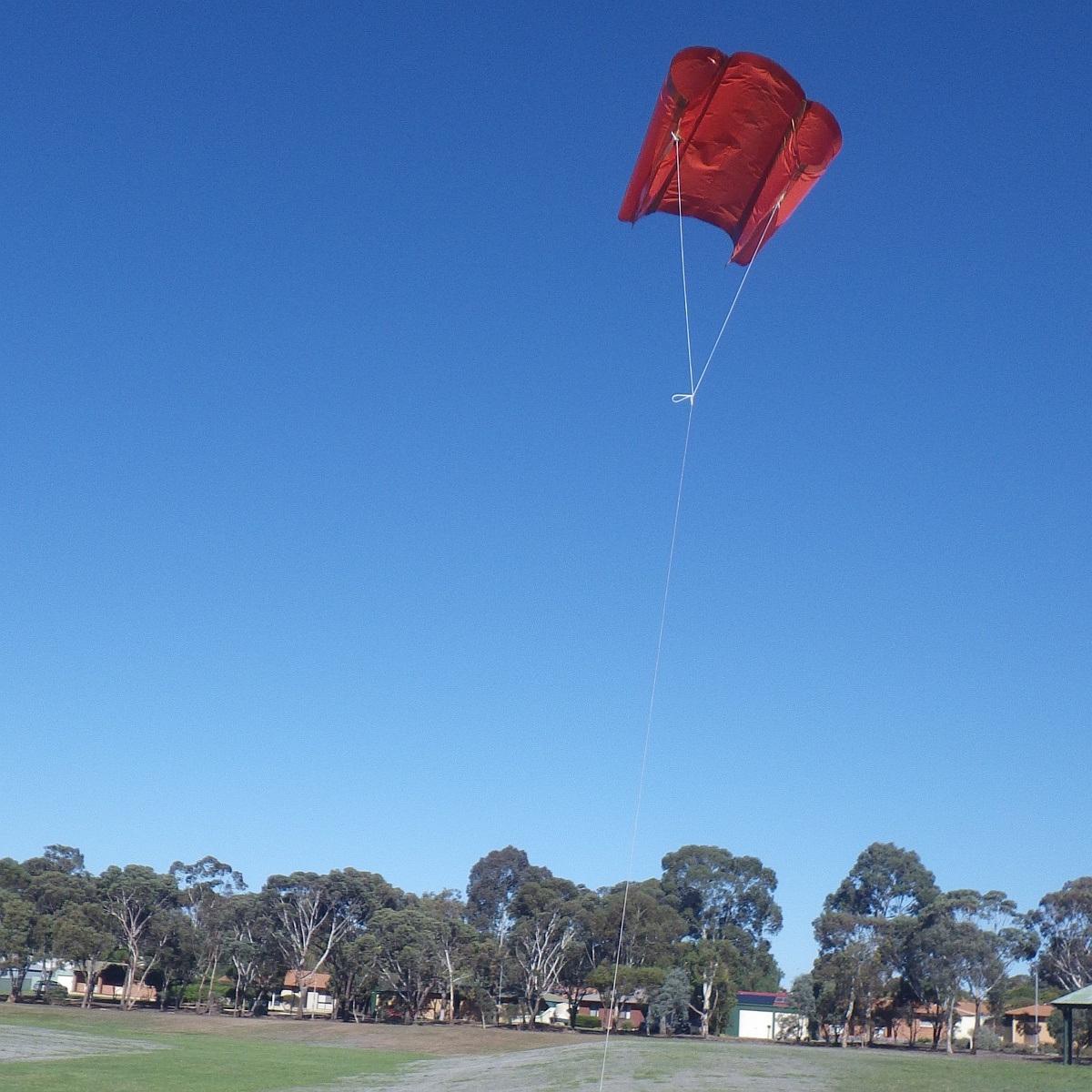 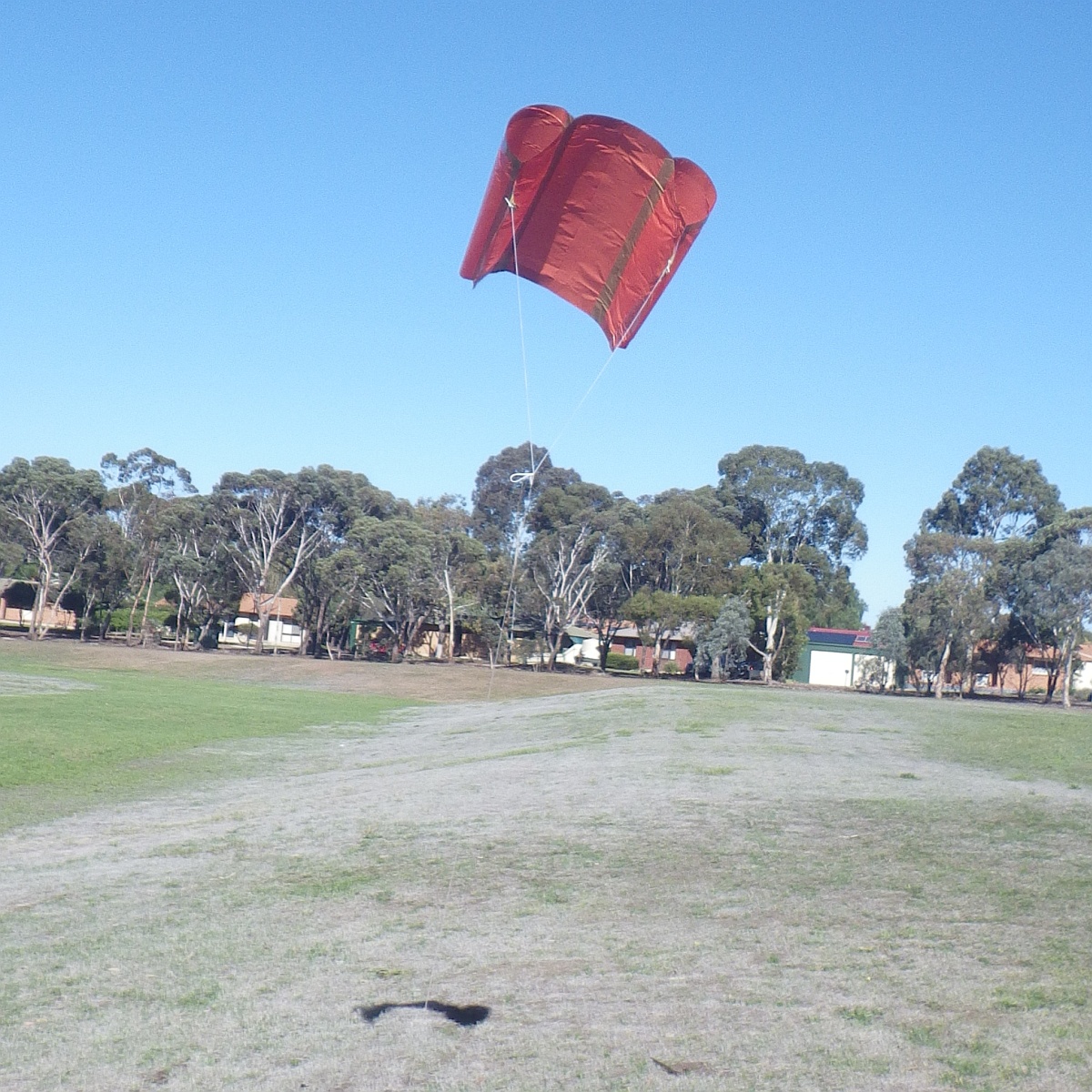 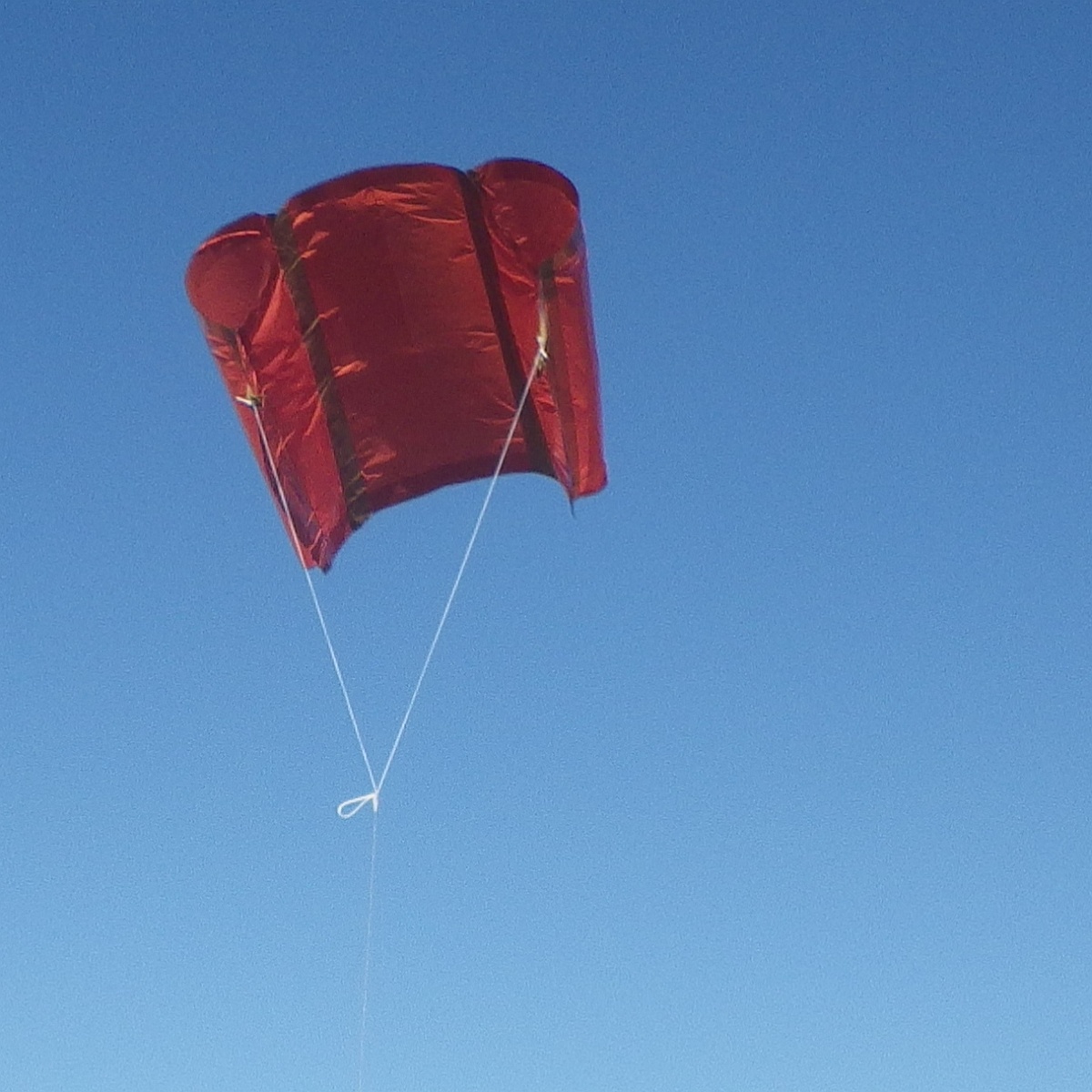 The video below was taken on another day, down at a beach. I didn't have an adjustable knot in the bridle, so a bit of tail on one side was necessary to keep the little sled straight and true!