And Its Impact in the UK

During the 1950s, kite flying (often using home-constructed kites) was a popular leisure-time activity, particularly with young people. We did not have kite festivals as we have today, and kite flying tended to be seasonal, particularly in the north of the UK. Techniques of kite making were passed on from older enthusiasts to younger and from expert to tyro.

By 1970, activities such as slot-car racing, pond yachting and model-aircraft flying dominated the hobby scene. Kite flying looked somewhat tame, as we only knew of single-line kites – the diamond being most popular. Some people were fortunate enough to own a box kite. 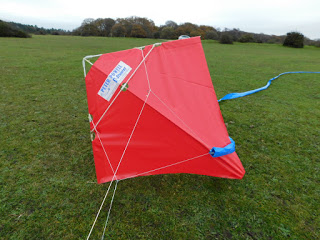 My understanding is that Peter Powell had developed a steerable dual-line kite by 1972, although interest in it from the public and potential retailers was minimal. However, Peter persisted and demonstrated his invention whenever he could. Folklore tells us that interest in the Peter Powell kite 'took off', although the word exploded might be a better word to describe what happened. After television publicity, Peter found himself the centre of attention for a new craze which swept the UK in the mid 1970s.

I do not remember how I first heard about the Peter Powell Stunter, nor can I recall from where I made my purchase, but I do remember the kite. It was quite large compared to the homemade diamond kites I was familiar with, and although early versions had wooden spars, my kite used aluminium tubes and the sail was heavy-duty red polyethylene. What a wonderful purchase this turned out to be, and the kite owed me nothing by the time it was so battered and repaired with adhesive tape that it no longer flew well.

This kite had many virtues. It was easy to rig. It was rugged. It could be repaired easily by bending the spars back to shape and taping up holes in the sail. It could be flown in high winds which were regularly a feature of the weather experienced where I was living in Scotland and which often grounded our model aircraft. I took the kite everywhere with me and flew it at every opportunity, along with many others who enjoyed either continuing their interest in flying kites or were attracted for the first time into this exciting hobby. 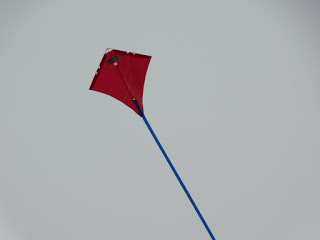 Peter Powell kites were VERY popular, and I often wonder how he kept up with demand!

It seemed that whenever I began to fly, within minutes I was joined by others wanting to share in the fun that a stunt kite can offer. Flying a dual-line stunt kite was certainly more exciting than single-line flying.

Of course all of this is history, and the present-day stunt kites are wonderful developments of Peter’s idea. Over the years, soft kites, parafoils and even kites which fly indoors have become available.

Peter invented a kite which gave many people a huge amount of pleasure, gave the incentive to develop stunt kites into today’s masterpieces and which led to the establishment of our kite festivals. Peter may even have saved kite flying in the UK.

(Note: The photos of the American kite were used with permission from the Peter Powell Kites Collection blog. The photo below is of yours truly with the latest PP design – T.P.) 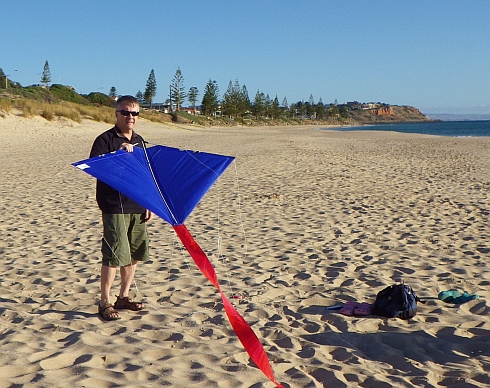