From Past Adelaide Kite Festivals

This site has published quite a number of kite images from the Adelaide International Kite Festival. Each year, I took a different approach to presenting a photographically illustrated account of the event. This page is simply an attempt to pull out a number of interesting but previously unpublished kite pictures covering the period my family attended the event—up to 2011 anyway.

Just a small number of images are presented for each year the festival was held, but I have been more generous with the sizes this time.

Due to jetty renovations, no festival was held in 2010. Also, in 2009, all imagery not already published was unfortunately lost in a hard drive crash. We had backups for the other years.

Our camera in 2007 was originally bought for around $400 some years previously. And it was quite pathetic compared to later models in both resolution and capturing color (saturation)!

However, from 2008 onward we have been using a Canon Powershot A460 with 4x optical zoom. Not impressed? Well, it might have been a very modest low-end digital camera, but in brightly lit conditions it produced a tremendous amount of great kite imagery! It was well worth the $160 or so we paid. We snapped our own kites from time to time as well.

A couple of these are on a tilt. This is a technique my wife favored for taking kite photos. In fact, she may have taken all of these, although I have cropped them a little. This was the old camera. 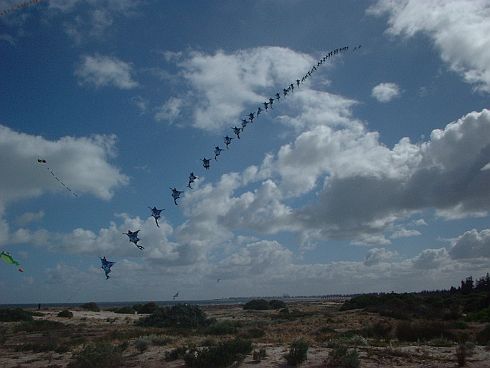 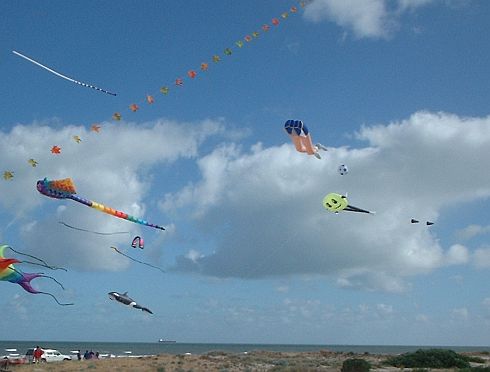 Another Taiwanese kite train, plus a few large inflatables 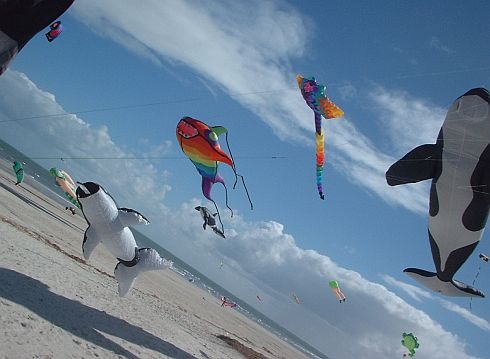 Some of the more impressive show kites 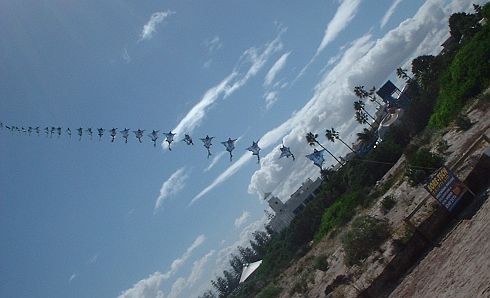 Another perspective of one of the kite trains

The following sequence of photos starts with a closeup of an unusual kite design. It shares some similarities with a rokkaku but has curved leading and trailing edges and quite a few light horizontal spars. Interesting!

From there, the sequence steps back further and further away from the kites. The last one says "there's a kite cloud over there..." 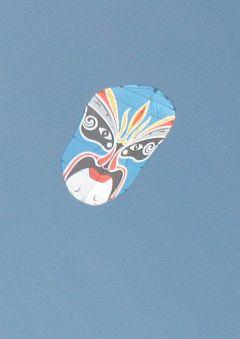 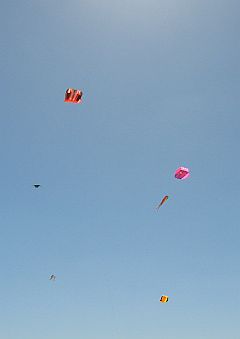 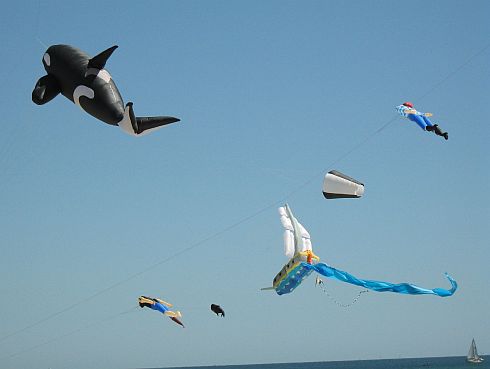 All very nautical—including a sailboat on the sea 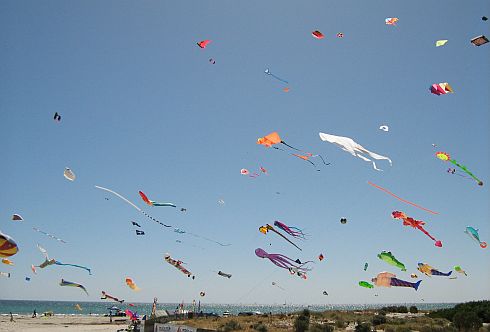 Satisfaction for the festival organizers—kites of all shapes and sizes

This is a fairly random selection of shots, including a couple of stunt kites for a change. I'm hardly ever satisfied with the shot as originally framed. Hence most of these are cropped down to improve the composition and sometimes to highlight detail in the kites by enlarging them a bit. 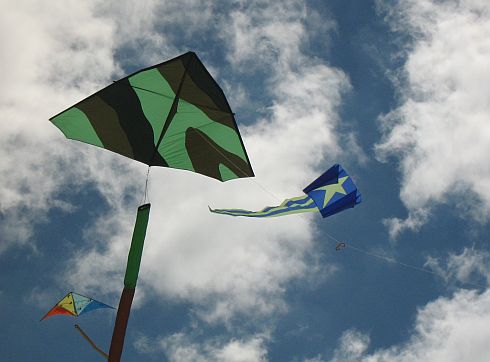 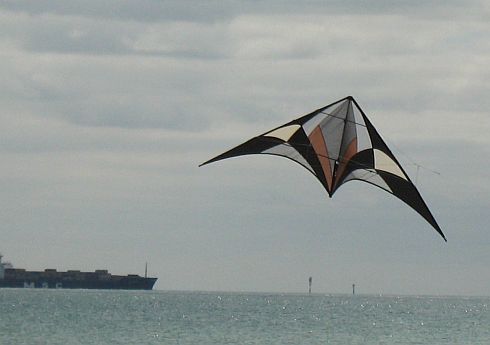 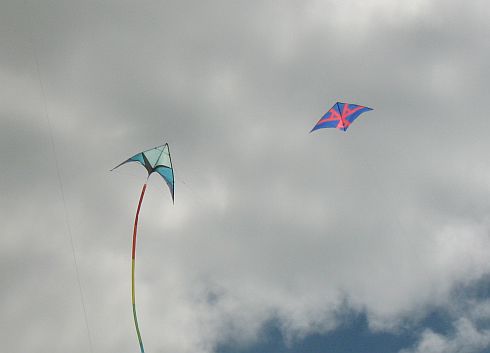 A two-liner posing with a single-liner—both deltas 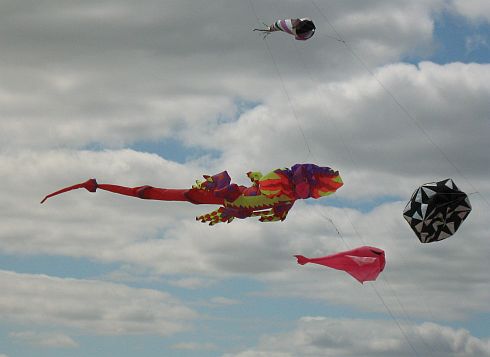 One of the coolest large inflatables, a frill-necked lizard 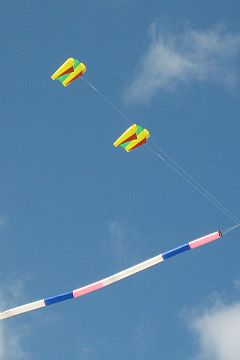 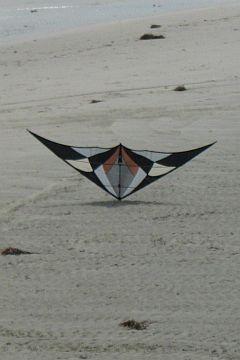 There was a more serious photographer snapping kite pics while we were on the Semaphore jetty in 2011.

I had noticed this guy using a monopod to steady his pricey-looking digital camera. Is that what you call a tripod with one leg? Do photographers remove the legs one at a time as they get better? I don't need any. Anyway ;-) there I was, a few minutes later, with all thoughts of monopods gone.

Pausing for a moment, I looked across to see the same guy, giving me a slightly bemused look... Was he thinking "so much enthusiasm; what a crappy camera..." I don't know and never will. We did later invest in a more capable camera. We continued to add to the sum of interesting kite photos on the Web for quite a few years after this.

It's fun to photograph your own kites from time to time too. I recreated the classics for many years, for example, diamonds, deltas, and others.