How to Make a Paper Sode Kite 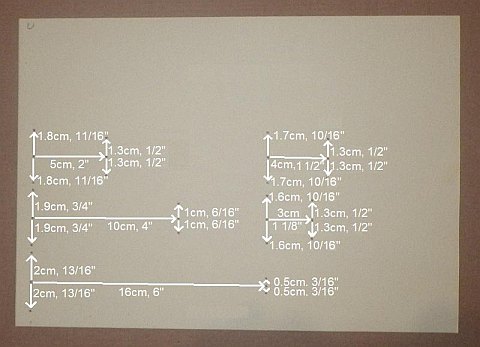 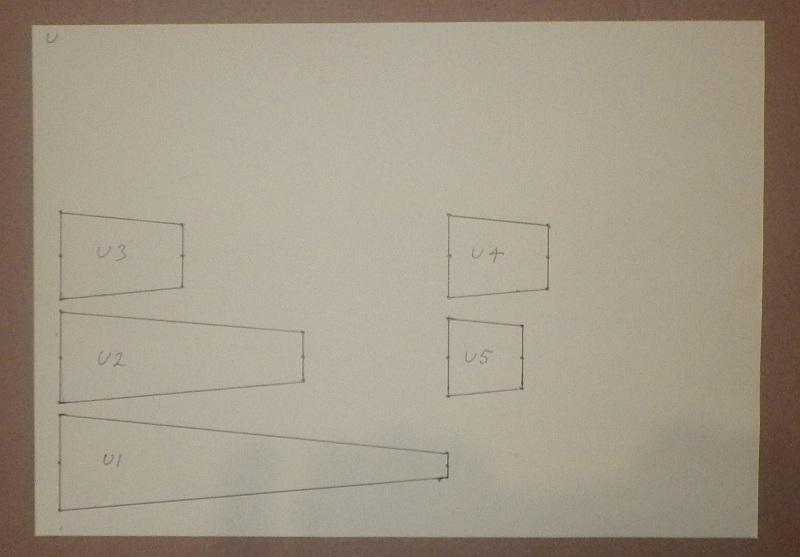 The five shapes duplicated onto another sheet of paper

Longest and next longest shapes stuck together

Cutouts done on both spar pieces 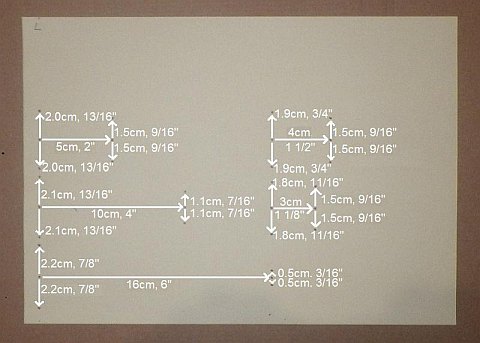 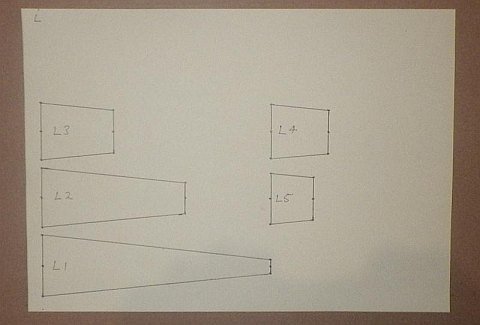 Note: From here down, for the next few section titles, the process is exactly the same as it was for the upper spar pieces. So just photos and captions are used this time.

The five shapes duplicated onto another sheet of paper

All the shapes aligned left and stuck down, smallest on top

Cutouts done on both spar pieces 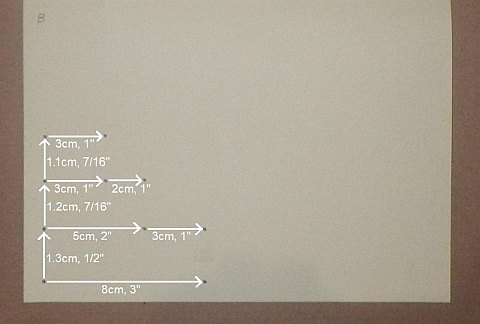 Note: You've done all this before, although the shapes were different. Hence the remaining instructions for the bottom horizontal spars are just photos and captions.

The three shapes duplicated, after tracing and tearing the paper in half

Shapes aligned left and stuck down

Cutouts done for both spar pieces 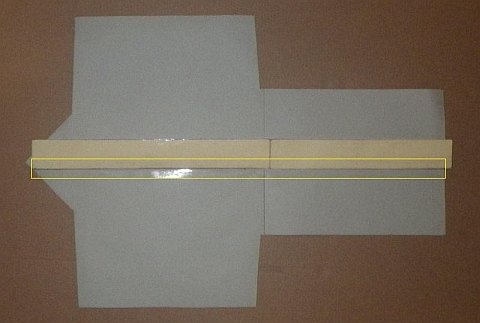 One edge taped down 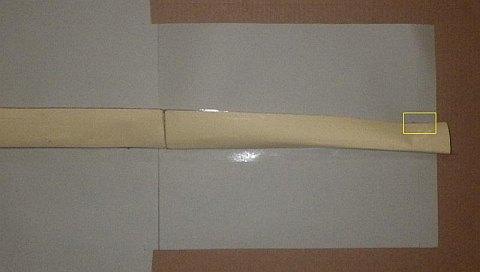 Other edge tacked at tail end

Edge taped the rest of the way, before ends trimmed 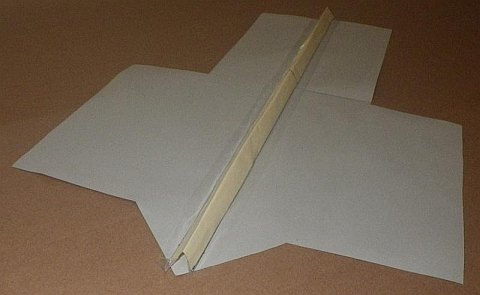