How to Make a Paper Sled Kite

Note: The line in the photo has been enhanced since it was hard to see against the blue.

Edge tacked all along

Note: The spar won't crease sharp because of all the sticky tape, but pinch firmly anyway.

Do the Other Spar 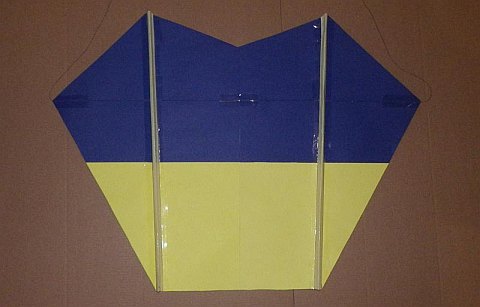 Two sheets of paper taped together

Note: The paper areas outside the marked lines will look a little different if you are using Letter-size paper. But it's the marked rectangle you will be using!

Measure and draw a line across the ribbons, 2 cm (1 in.) from the short edge of the paper—at far left in the photo. 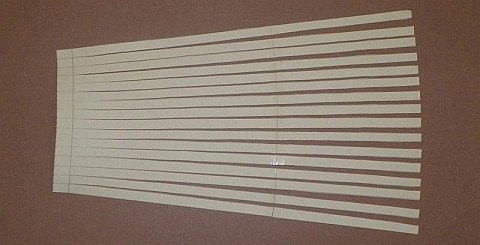 Tail cut out, with ribbons

Tail taped to rear side of sail

Tail taped on front side of sail 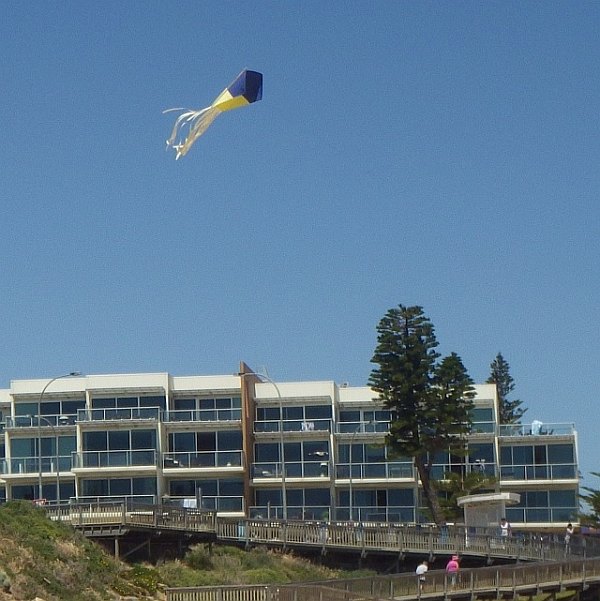 After taking the kite to a flying field, your flying line can be tied right behind the Multi-Strand Double knot, wrapped around both bridle lines. That's it, you're ready to fly.

Avoid flying in very windy weather. The thread should be good to around 30 kph but there are no guarantees beyond that.

If kite and bridle have been made perfectly, any bobbing to the left and right should be about the same in both directions. Otherwise, you need to shorten one of the bridle lines slightly, on the side to which the kite leans most. Just gather in a few millimeters and fix it there by retying the bridle knot a bit closer to the kite.

I hope you enjoyed learning how to make the MBK Paper Sled design!