How to Make a Paper Delta Kite

Both leading edge pieces in place and shaped

Bear in mind that most of the steps below are more easily done on a tabletop, with the vertical spar up against one edge of the tabletop. That's to keep the bit you are working on flat!

Where to snip off the end of each spreader piece

Note: The end of the spreader doesn't have to fit precisely against the leading edge. A small gap or angle is quite OK. 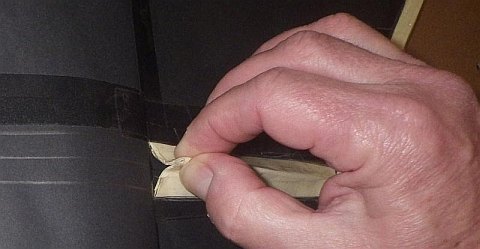 V shape formed, most of the way along

Both spreader pieces taped in place and shaped 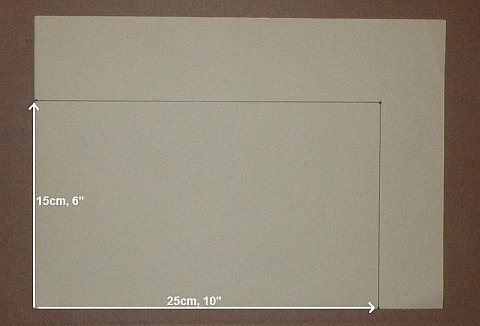 Rectangle marked out on paper

The tail weight - a rectangle, rolled up tight and taped

Tail weight inserted and taped to trailing edge of sail

Where the bridle holes go 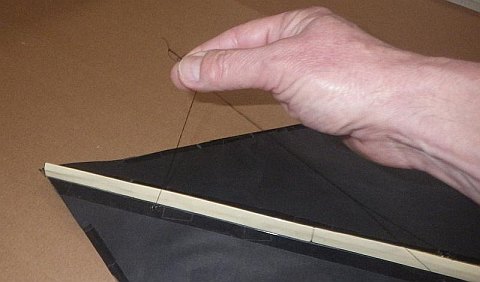 One Sheet To Start 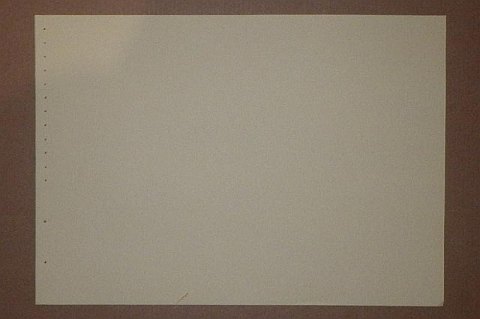 Note: To avoid lots of measuring, just use this sheet as a template for the sheets that follow! Line up the sheets and just copy or trace the dots each time.

Another sheet similarly marked with dots, then taped on 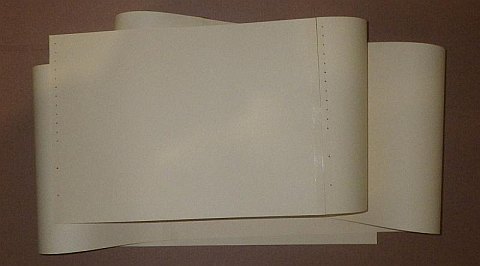 Note: A kite made from A4 paper will have slightly longer tails than a kite made from Letter-sized paper. However, the difference in flying characteristics between the two kites out in the field would be hard to spot! 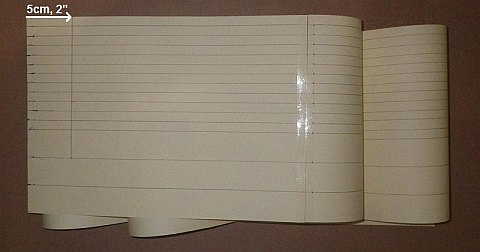 Lines ruled through all the dots

Tails taped to top side of sail

Tails taped on under side of sail 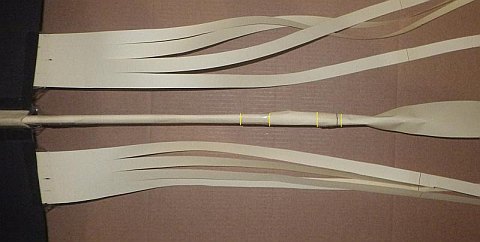 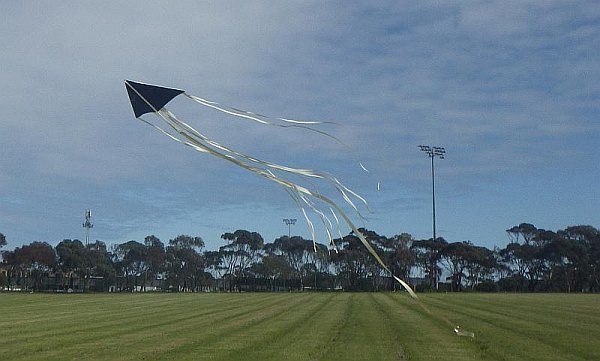 After taking the kite to a flying field, your flying line can be tied behind the Multi-Strand Double knot of the bridle, wrapped around all the lines. That's it, you're ready to fly.

Avoid flying in very windy weather. The thread should be good to about 30 kph but there are no guarantees beyond that.

If the kite has been made perfectly, it should not show an obvious preference for flying to the left or right. What if the delta does tend to go in one direction much more than the other? Try adding a short length of paper or scrap of plastic to the wingtip that is on the outside of the turn. If the problem gets worse, you have the tail-let on the wrong tip, so just swap it over to the other side!

If the kite seems very reluctant to launch despite plenty of breeze, you might need to retie the bridle—shifting the knot a centimeter or two (1/2 to 1 in.) toward the nose end.

I hope you enjoyed learning how to make the MBK Paper Delta design!