How to Make a Dopero Kite

How to Make a Dopero Kite
Spars

For this dopero, you need four 30 cm (12 in.) bamboo BBQ skewers for the spars. The photo shows all the spars laid over the sail, before being snipped to length with scissors. 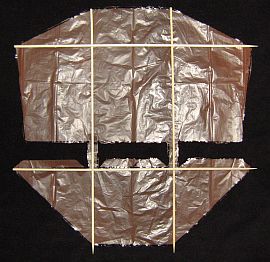 How to Make a Dopero Kite
Attaching Sail 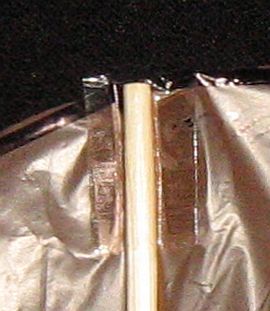 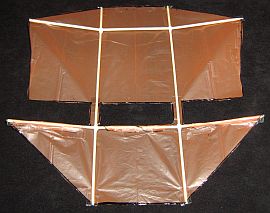 Be careful that the horizontal spars don't slip up or down the vertical spar while the glue is still wet.

How to Make a Dopero Kite
Sail Tethers

Dacron line in 20 to 50-pound strength is suitable for all the Skewer Series kites. 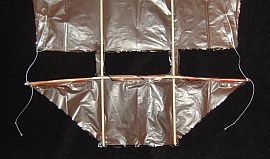