In the Hands of Young and Old

The basic idea of flying fighter kites is pretty much the same the world over. The last kite in the air wins, and this is usually achieved by cutting the flying lines of the other kites. Friction against other flying lines is used, not scissors! 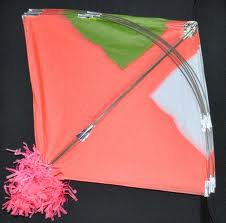 However, a pair of scissors did make an appearance during one highly irregular rokkaku battle. That was during a South Australian kite festival some years ago, here in Adelaide! So a little birdie told me.

Talking about rokkakus, the traditional Japanese bouts just involved the downing of kites by means other than sawing through the flying lines.

Most other fighter designs are actually unstable in the air while there is low tension in the flying line.

With the right amount of extra tension applied, a skillful flyer can cause the kite to dart off in any straight line direction desired. The rest of the time, the kite just lazily loops around and around, slowly losing height.

Flying fighters is not necessarily "kids stuff." However, huge numbers of kids in the countries with a kite-fighting culture do participate. The skills, in both construction and flying, have been passed down for generations.

In addition to Japan's rokkaku, a number of other countries have one or more distinctive local fighter-kite designs. Here are several major examples, followed by the name of the traditional kite:

Here is a picture of the five types; the order corresponds to the points above:

Fighter kite designs from around the world

Now, let's get back to those child flyers in all cultures... The kids make fairly crude designs from whatever materials are available. Crude, that is, in comparison to what can be bought from the local kite-makers.

Kite masters or designers and their assistants turn out extremely neat and well-balanced fighter kites for sale. Often these kites are exquisitely attractive to look at too! The smallest and cheapest of these are often flown by kids. Bamboo still dominates as a great traditional spar material, but the traditional sail materials of tissue and silk are starting to give way to more modern materials such as nylon, Mylar, and plastic. 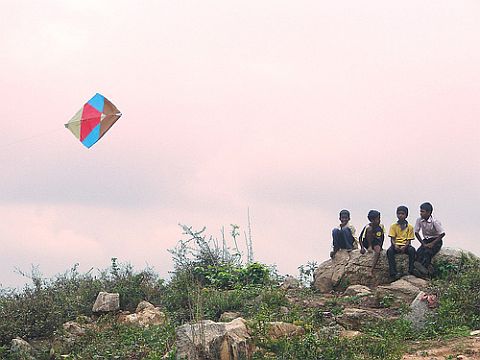